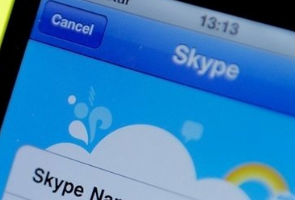 Highlights
The Russian security service denied Saturday it had plans to ban Skype and Gmail after one of its top officials said such services posed a serious security risk.

The information and special communications director of the Federal Security Service (FSB) told a cabinet meeting Friday that he was growing "increasingly concerned" by the use of services with foreign-made encryption technology.

The comments sparked an immediate furor in the Russian Internet community and were dismissed as a "personal opinion" by a source close to President Dmitry Medvedev -- a tech-savvy leader who is often seen with an iPad in hand.

An FSB spokesman said Saturday that the agency was not proposing a ban on the popular services.

"Quite the contrary the development of advanced technology is a natural process that should be welcomed," the security service spokesman told Russian news agencies.

Several analysts noted that the unexpected proposal revealed another chink in the policies being pursued in recent months by Medvedev and his presidential predecessor and current Prime Minister Vladimir Putin.

Both Putin and Medvedev can potentially run for president in polls set for next March and their comments are increasingly being read for signs of which of the two has the upper hand in domestic policy issues.