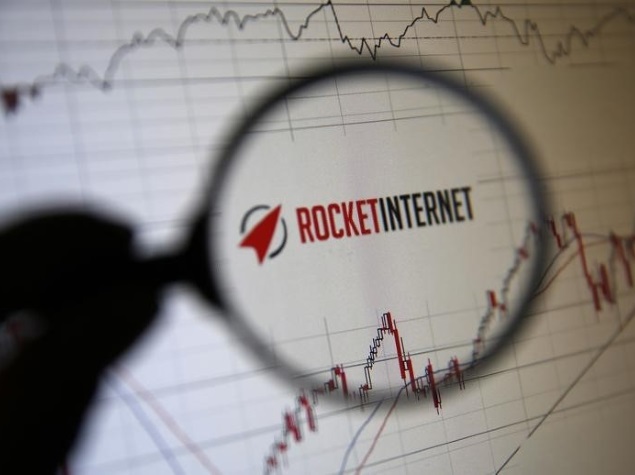 Germany-based e-commerce company Rocket Internet said on Friday the value of its investment portfolio has risen 31 percent since its market flotation three months ago and set out plans to bring its existing and new online food takeaway delivery investments together.

In a quarterly business update, the company said the last portfolio value (LPV) of its investments stood at EUR 3.4 billion ($3.9 billion), up from 2.6 billion at the time of its initial public share offer (IPO) in early November.

The company is only required to publish results on a half-yearly basis which it plans to do on May 5.

"Rocket has maintained its high pace since the H1 business update in November," the company said.

Separately, Kinnevik, the Swedish investment firm which is a frequent investment partner with Rocket, said the net asset value of all of its investments at the end of last year was up 10 percent on the previous quarter at 84.4 billion Swedish crowns (EUR 8.93 billion).

Kinnevik had reported strong sales but weakening margins during the third quarter for Global Fashion Group, the entity combining five regional fashion businesses including Dafiti, Jabong, Lamoda, Namshi and Zalora where Kinnevik and Rocket are co-investors. It blamed heavy investments and rising competition in some markets.

For 2015, Kinnevik said Global Fashion Group would focus on the integration of the five companies, "launch joint initiatives and deliver on synergies", but gave no fresh indication of timing for a possible share listing.

Kinnevik executives said on a conference call to discuss their latest quarterly investment results that there remained an enormous amount of work to do to prepare companies in the company's broader portolio for public listings.

Rocket, which had said it would use some of the proceeds of its stock market listing to take bigger stakes in some of its existing portfolio of dozens of companies, said it now has taken majority control of two out of eight of its top performers - takeaway delivery firm Foodpanda and online grocer HelloFresh.

Specifically, Rocket said it was forming a new global online restaurant takeaway service that brings together existing and new investments, including Foodpanda and a new 30 percent stake in former rival Delivery Hero as well as the acquisition of delivery firms in Italy and Spain.

Rocket said it had paid EUR 496 million to acquire a 30 percent stake in Delivery Hero, which is also based in Berlin. It also said that it had acquired La Nevera Roja of Spain and Pizzabo of Italy.

Separately, Foodpanda said it had agreed to acquire seven rivals across Asia, including the Indian business of Just-Eat Plc. Just-Eat remains active across Europe, Brazil and Canada.

The newly combined Global Online Takeaway Group of Rocket investments is now active in 64 countries, where it counts 140,000 restaurant delivery partners, which collectively have an annual run rate of 78 million orders based on December results.

Rocket also said it had invested an additional EUR 100 million in fresh funding for HelloFresh and paid another EUR 30 million to increase its stake in the business to 52 percent, making HelloFresh its largest single investment.

HelloFresh had annualised net revenues at year-end of around EUR 120 million and 172,000 active subscribers, it said.