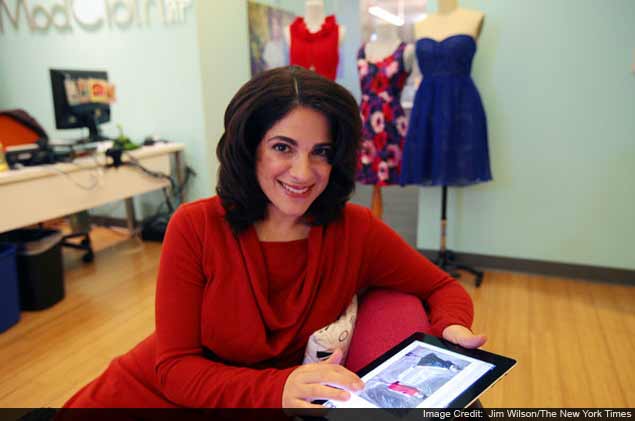 Ryan O'Neil, a Connecticut government employee, was in the market to buy a digital weather station this month. His wife researched options on their iPad, but even though she found the lowest-price option there, Mr. O'Neil made the purchase on his laptop.

"I do use the iPad to browse sites," Mr. O'Neil said, but when it comes time to close the deal, he finds it easier to do on a computer.

Many online retailers had visions of holiday shoppers lounging beneath the Christmas tree with their mobile devices in hand, making purchases. The size of the average order on tablets, particularly iPads, tends to be bigger than on PCs. So retailers poured money and marketing into mobile Web sites and apps with rich images and, they thought, easy checkout.

But while visits to e-commerce sites and apps on tablets and phones have nearly doubled since last year, consumers like Mr. O'Neil are more frequently using multiple devices to shop. In many cases, they are more comfortable making the final purchase on a computer, with its bigger screen and keyboard. So retailers are trying to figure out how to appeal to a shopper who may use a cellphone to research products, a tablet to browse the options and a computer to buy.

"I've been yelling at customers for two years, saying, 'Mobile, mobile, mobile,' " said Jason Spero, director of mobile sales and strategy at Google. "But the funny thing is, now we're going to say: 'Don't put mobile in a silo. It's also about the desktop.' "

The challenges are daunting, though. It is technically difficult to track consumers as they hop from phone to computer to tablet and back again. This means customers who, say, fill shopping carts on their tablets have to do all the work again on their PCs or other devices. The biggest obstacle, retailers say, is that the tools used to track shoppers on computers - cookies, or bundles of data stored in Web browsers don't transfer across devices.

Instead, retailers are figuring out how to sync the experience in other ways, like prompting shoppers to log in on each device. And being able to track people across devices gives retailers more insight into how they shop.

The retailers' efforts are backed by research. While one-quarter of the visits to e-commerce sites occur on mobile devices, only around 15 percent of purchases do, according to data from I.B.M. According to Google, 85 percent of online shoppers start searching on one device - most often a mobile phone - and make a purchase on another.

At eBags, customers are shopping on their tablets in the evening and returning on their work computers the next day. But eBags has not yet synced the shoppers across devices, so customers must build their shopping carts from scratch if they switch devices.

"That is a blind spot with a lot of sites," said Peter Cobb, co-founder of eBags. "It is a requirement moving forward."

At eBay, one-third of the purchases involve mobile devices at some point, even if the final purchase is made on a computer.

At eBay, once shoppers log in on a device, they do not need to log in again. Their information, like shipping and credit card details and saved items, syncs across all their devices. If an eBay shopper is interested in a certain handbag, and saves that search on a computer, eBay will send alerts to her cellphone when a new handbag arrives or an auction is about to end.

"They might discover an item on a phone or tablet, do a saved-search push alert later on some other screen and eventually close on the Web site," said Steve Yankovich, who runs eBay Mobile. "People are buying and shopping and consuming potentially every waking moment of the day."

ModCloth, an e-commerce site for women's clothes, said that while a quarter of its visits come from mobile devices, people are not yet buying there in the same proportion, though they are becoming more comfortable with checking out on those devices.

"She's visiting us more on the phone, but she's actually transacting somewhere else," said Sarah Rose, vice president of product at ModCloth.

For example, a shopper will skim through new arrivals on her phone while on the bus and add items to her wish list, then visit that evening on her tablet to make a purchase, Ms. Rose said.

To take advantage of this behavior, ModCloth urges shoppers to log in after just a few clicks on the Web site on a phone or computer, so information like credit card numbers and items saved in a shopping cart on another device are accessible. Then if a laptop shopper adds a skirt to her shopping cart and later, it is about to sell out, ModCloth can send her an e-mail, which she will often click on her phone to buy the skirt, Ms. Rose said. Logged-in users who visit the site using multiple devices are 2.5 times more likely to place an order than those on a single device, according to the company.

On Etsy, where 25 percent of the visits but 20 percent of the sales come from mobile devices, the site syncs items in the shopping cart, favorite items, purchasing history and conversations with sellers.

Many other e-commerce sites, however, still lack an easy way for shoppers to use different devices.

Amazon.com, Nordstrom, Target, Macy's and Gap showed items across devices. Walmart did, too, though with some hiccups; it required logging out of and back into the mobile site to update the cart, and on the app, a shopper had to choose the "sync with online cart" option.

Others, though, did not sync across devices, including Newegg, Kohl's, RadioShack and J. Crew, so shopping on a different device required filling the shopping cart from scratch.

Newegg is working on syncing the shopping carts, said Soren Mills, its chief marketing officer, because customers are asking for that. The information gleaned about customers that way is also critical for retailers, he said, so they can personalize sites and offers based on consumers' browsing and purchase history.

Retailers could use information like this to show different ads to shoppers with cellphones standing in a store at lunch hour than to those using a tablet at 9 p.m., Mr. Spero at Google said.

Despite the hesitance of shoppers like Mr. O'Neil to buy on mobile devices, some technology industry analysts say people just need time to grow comfortable with new technology.

"It's just like in the old days, 15 years ago, the conversation was people are researching what they want on their PCs but still going to the store to buy," said Marc Andreessen, a venture capitalist. Mr. Andreessen is involved with e-commerce companies like eBay and Fab, both of which he said had strong mobile sales. "I think that's a temporary phenomenon."