Ezetap is said to continue to operate independently after its acquisition. 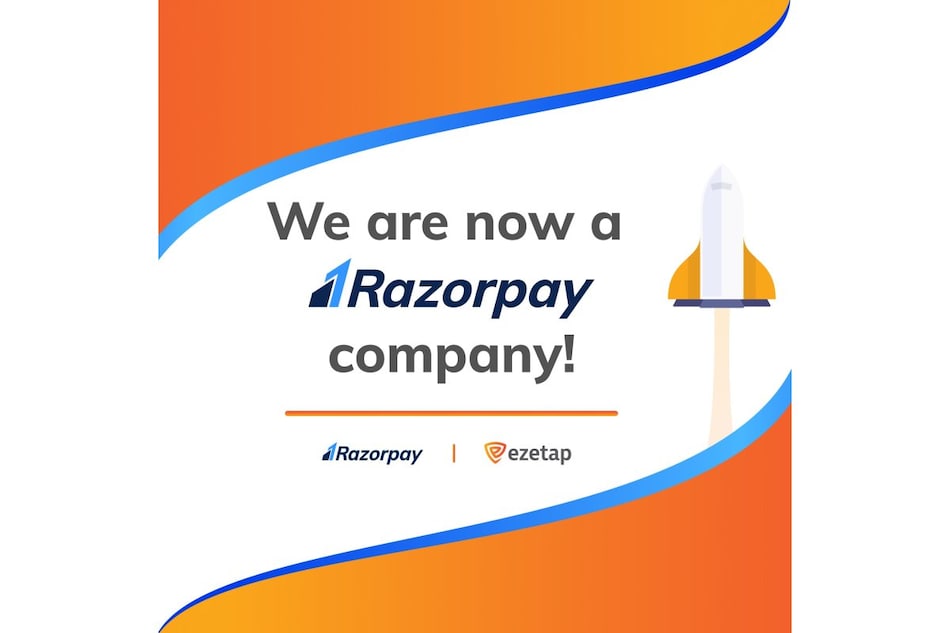 Razorpay said on Thursday it had bought offline payments firm Ezetap, marking the Sequoia Capital-backed firm's latest bet on the payments industry in a deal which a source with knowledge of said was worth $150 million (roughly Rs. 1,200 crore).

Razorpay, which is valued at more than $7 billion (roughly Rs. 5,600 crore) and offers payment gateway services for online merchants, said in a statement that the acquisition was its biggest to date.

It said the deal would boost efforts to tap the offline market which still accounts for a bulk of electronic payments in India. Ezetap, whose products include point-of-sale machines, processes more than $10 billion (roughly Rs. 79,800 crore) in annual transactions in India.

Razorpay co-founder Shashank Kumar said Ezetap will help it develop in this area. "There is still a large portion of offline payments and in-person payments that we don't cover," he said.

The deal will also help Razorpay cross-sell its services, including loan offerings, to offline businesses, Kumar said in an interview, adding that Razorpay currently serves more than 8 million businesses and processed payments worth $80 billion (roughly Rs. 6,37,100 crore) since its inception about eight years ago.

The acquisition comes as solution providers in India try to secure a tight grip on both online and offline payments.