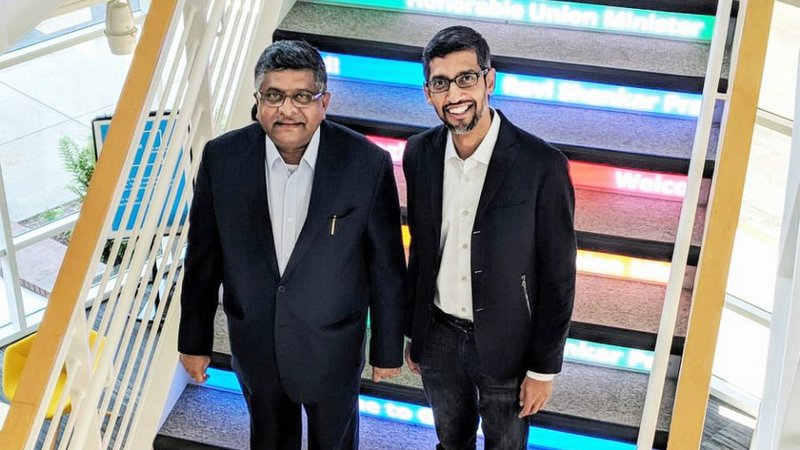 "Asked them to work for creating more awareness among India's farmers about weather & scientific farming," the minister added.

Prasad was on an official three-day visit to San Francisco and the Bay Area where he held meetings with several top tech honchos, pitching for empowering Indians in their digital transformation.

The "Digital Village" or "DigiGaon" programme is aimed at connecting villages with Wi-Fi and provide digital literacy to its residents and assist in entrepreneurship opportunities.

The government plans to expand the initiative to 700 villages across the country by the end of this year.