Google Doodle Cricket is an easy to play one-click game where you play cricket (the sport) as an actual cricket. 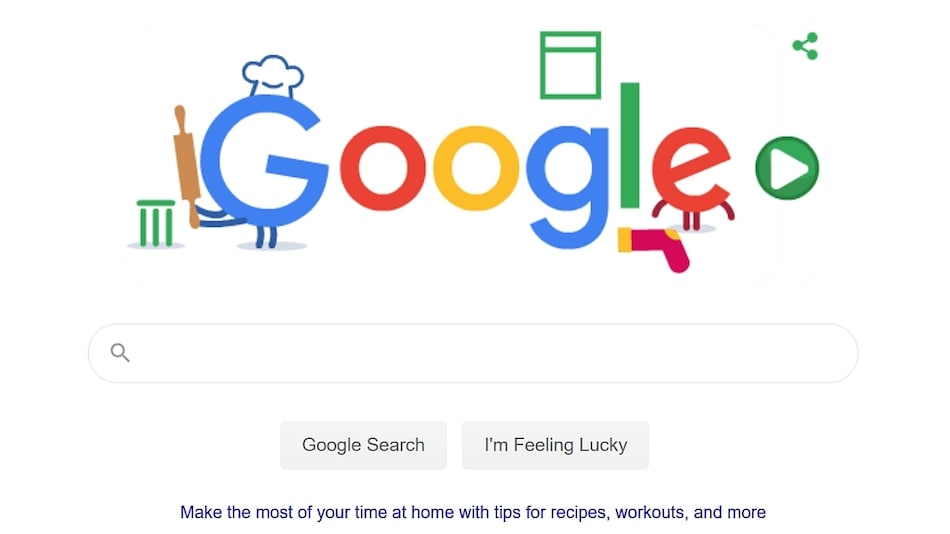 Popular Google Doodle games series continues on Tuesday, with a brand new doodle. To recall, Google had announced on Monday a new initiative to promote gaming indoors by publishing its earlier doodle games. On Monday, it had published the Coding for Carrots throwback, and on Tuesday, the Google Doodle is dedicated to a Cricket game. Like Coding for Carrots, the Cricket Google doodle game was first posted in 2017 - at that time, it was to celebrate the ICC Champions Trophy. With the popular Google Doodle games series throwback, the search giant aims to provide some entertainment in this time when people are forced to stay indoors and prevent the spread of coronavirus.

The Cricket Google Doodle game for Tuesday, April 28, shows the ‘G' in Google holding a rolling pin and the ‘e' throwing the ball at it. While there is a play button, it doesn't serve to help you play the game. Hovering over it shows the theme of Google's campaign, plus the name of Tuesday's game - “Stay and Play at Home with Popular Past Google Doodles: Cricket (2017).”

Here's how you can play the game. Clicking on the doodle will shows a search for “popular google doodle games”, and the first result, is a cricket game, with a play button bellow it. Click this to play the Google Doodle cricket game. The game involves a cricket playing against a team of snails. The game has you start as the cricket as the batsman and all you have to do is click on the yellow swing button at the right time as the snail throws the ball.

History of the Google Doodle Cricket game, and its reach

Google published the Cricket game as a Google Doodle back in 2017 to celebrate the start of ICC Champions Trophy. At the time, it was the company's smallest interactive Doodle ever. In its blog post describing Tuesday's doodle, the company revealed the doodle is available in most of Europe (including Russia, the UK, and Croatia), Australia, New Zealand, India, Pakistan, parts of Africa, the US, Brazil, and Taiwan.

Google Doodle's reach across the globe

To recall, Google started this series of interactive games on Monday with Coding for Carrots from 2017, celebrating 50 years of coding language Logo. The company plans on releasing 10 games in total over the course of two weeks. With two of the games now revealed, the remaining 8 are marked as “Coming soon”.

The search giant has started this initiative to provide some sort of entertainment in these trying times when people cannot go out and be social. Google wants to promote gaming indoors during the ongoing coronavirus pandemic which is also why the company gave two months of free access to Stadia. Describing the initiative, the company said, "As COVID-19 continues to impact communities around the world, people and families everywhere are spending more time at home. In light of this, we're launching a throwback Doodle series looking back at some of our popular interactive Google Doodle games!"