PM Modi said the health ID will store every individual's medical records and the mission will herald a new revolution in the health sector. 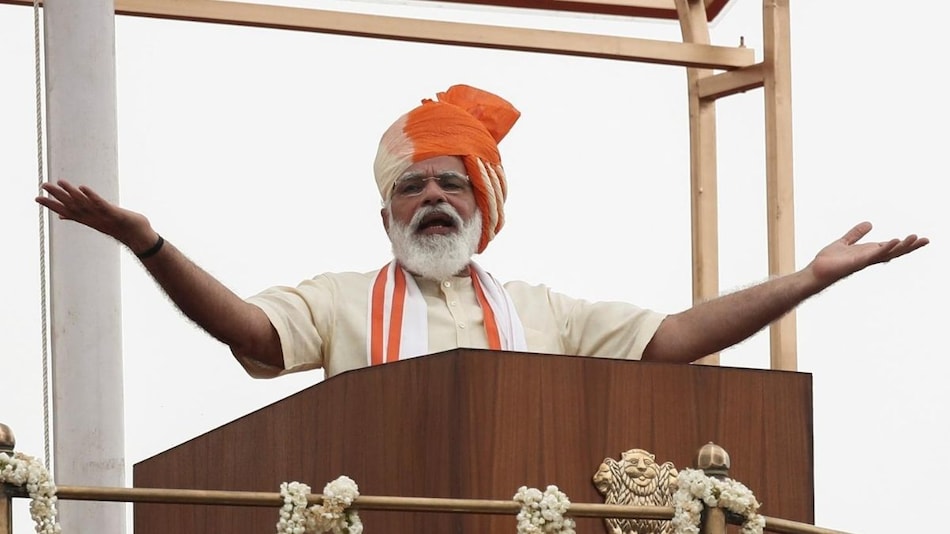 Prime Minister Narendra Modi on Saturday unveiled an ambitious National Digital Health Mission under which every Indian will get a health ID that will ease access to medical services and also announced that the country plans to produce COVID-19 vaccines on a mass scale once scientists give a green signal.

In his Independence Day address, PM Modi said the health ID will store every individual's medical records and the mission will herald a new revolution in the health sector.

"From today, a major campaign is being launched in which technology will play a big role. The National Digital Health Mission is being launched today. This will bring a new revolution in India's health sector and it will help reduce problems in getting treatment with the help of technology," he said.

"Every Indian will be given a health ID, which will work as each Indian's health account," PM Modi said, adding that it would ease problems faced by citizens in getting healthcare access.

The health mission was rolled out on a pilot mode in six union territories - Chandigarh, Ladakh, Dadra and Nagar Haveli and Daman and Diu, Puducherry, Andaman and Nicobar Islands, and Lakshadweep.

The National Health Authority (NHA), the apex central government agency responsible for the implementation of Ayushman Bharat Pradhan Mantri Jan Arogya Yojana, has been given the mandate by the government to design, build, roll out, and implement the mission in the country.

The health ID will contain information about medical data, prescriptions and diagnostic reports and summaries of previous discharge from hospitals for ailments. The mission is expected to bring efficiency and transparency in healthcare services in the country.

PM Modi also asserted that the "indomitable will power and determination of 130 crore countrymen will make us win over corona".

He also said the country has prepared a roadmap to ensure that a COVID-19 vaccine reaches everyone in the shortest possible time.

He said three vaccine candidates are in different stages of trials in the country.

The prime minister said whenever there is talk of COVID-19, the question that comes to everyone's mind is - when will a vaccine be ready.

"I want to tell people, the talent of our scientists is like that of 'rishi munis' and they are working very hard in laboratories. Three vaccines are in various stages of testing. When scientists will give us the green signal, it will be produced on a mass scale and all preparations have been made for it," PM Modi said in address.

The phase-1 and 2 human clinical trials of two of the vaccine candidates, developed indigenously by Bharat Biotech, in collaboration with the Indian Council of Medical Research(ICMR), and Zydus Cadila, are currently underway.

The Serum Institute of India has been permitted for conducting Phase 2 and 3 human clinical trials of the third vaccine candidate developed by the Oxford University. The Pune-based institute has partnered with AstraZeneca for manufacturing the vaccine.

The Prime Minister reassured the nation that “we will win" against the coronavirus pandemic and a "strong will" will lead to victory.

PM Modi said the focus on the health sector has increased during the coronavirus era and the biggest lesson that has been learnt is that of being self-reliant in the health sector. He said that the country is now producing PPE kits, N95 masks, ventilators, etc. which were not being manufactured domestically.

The increase in production capacity of such world-class items also echoed in his call "vocal for local".

"We have to move forward to achieve that aim. Before coronavirus there was only one lab for testing (for COVID-19), today there is a network of 1,400 labs across the country. When the coronavirus crisis broke out only 300 tests could be carried out in a day, but in a short period we have shown our strength and we have come to a point where we carried out seven lakh tests in a day," PM Modi said.

He said new AIIMS and new medical colleges are being built and efforts are being made towards modernisation.

The Prime Minister also paid tributes to COVID warriors on the frontline of the battle against the pandemic.

"On behalf of the entire country, I wish to thank the efforts of all corona-warriors. All those healthcare workers, doctors and nurses, ambulance drivers, and all those working in this fight against the pandemic, who have worked tirelessly to serve the nation," PM Modi said.

He expressed confidence that Ayushman Bharat Pradhan Mantri Jan Arogya Yojana (PMJAY) will improve the effectiveness of services in the health sector.