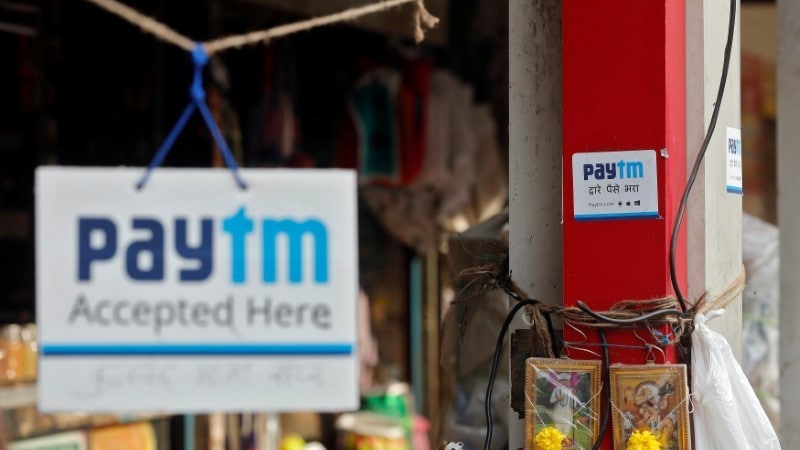 US payment firms have successfully pushed India to consider diluting rules on data storage, but their lobbying campaign has sparked a bitter industry spat pitting them against local rival Paytm, according to sources and documents seen by Reuters.

But the rules give a competitive advantage to Paytm, backed by Japan's Softbank Group and China's Alibaba, which already stores all its data in India. The company has publicly supported the proposal and, behind closed doors, tried to thwart efforts of those opposing them.

In a meeting between officials and industry representatives in June, chaired by India's economic affairs secretary SC Garg, Paytm argued with foreign company executives on the benefits of storing data locally and said the rules were in the national interest, three people with knowledge of the discussions said.

Garg told Paytm not to bring the national interest into a debate around data storage, the sources said. Garg did not respond to a request for comment.

Separately, in May, Paytm privately objected to lobby group Payments Council of India (PCI), which wanted to tell the central bank that "most" of its members had some concerns with the proposal, e-mails seen by Reuters showed.

Paytm's spokeswoman Sonia Dhawan did not comment on Reuters queries about the government meeting, but said "for the benefit of the country and to uphold the need for data privacy, all the data related to the Indian users must be stored and processed" only in the country.

"There is absolutely no need for the data of two Indians doing transactions in India to be shared or stored overseas," she said.

The tussle between Paytm and other companies highlights the fierce competition that has gripped India's crowded digital payments market which, according to Boston Consulting Group and Google, is expected to grow tenfold to $500 billion (roughly Rs. 34.4 lakh crores) by 2020.

Paytm, with its mobile wallet app, has cashed in on the boom by partnering with Indian merchants for payments, eroding dominance of card firms such as Mastercard and Visa.

Neil Shah, research director at Counterpoint Research, said Paytm's "cross-lobbying" to push for implementation of the new rules made complete business sense as that would force foreign companies to focus on compliance, instead of growth.

"Pressure on foreign firms could have implications on their existing strategies," said Shah. "It can derail them a bit, basically".

Digital payments and use of cards in India has soared since November 2016, when Prime Minister Narendra Modi announced a sudden ban on existing high-value currency notes and started pushing digital payments.

Indians in May clocked transactions worth $52 billion using their 964 million credit and debit cards, nearly double the amount recorded back in November 2016. Monthly mobile-wallet payments have risen nearly fivefold to $2 billion during the period, data from the Reserve Bank of India (RBI) showed.

The RBI in April said payments data should be stored "only in India" within six months for "safety and security". But US firms protested and India's finance ministry in June recommended relaxing the directive, according to minutes of a government meeting seen by Reuters.

The RBI plans to issue a "clarificatory circular" to address concerns related to its rules, the minutes showed. RBI did not respond to a request for comment.

The April announcement provoked a vigorous industry lobbying effort, some of which pitted Paytm against the rest.

That month, the Payments Council of India (PCI), which counts Paytm as well as US payment companies among its members, started working on a draft listing concerns it had with rules, e-mails exchanged between industry executives showed.

Most of its member companies, PCI said in its initial drafts, had "some concerns" with the RBI's directive.

In one e-mail to the industry, which was copied to various executives including from Facebook, Google and three US card companies, Paytm's Dhawan asked for the company's views to be included.

Paytm's representation, seen by Reuters, said it "fully supports the RBI mandate" and that the central bank's timeline of six months "should be adhered to by all".

"You should not submit the document with RBI," Dhawan wrote on May 6, referring to the draft as a "one-sided view".

Dhawan declined to comment on her e-mails to PCI members, citing confidentiality.

PCI later submitted a letter to the RBI saying it had received "divided" responses from its members - a shift from its original stance when it was saying "most" of its members had some concerns.

PCI's then chairman Naveen Surya declined to comment. Subho Ray, President of Internet and Mobile Association of India which counts PCI as one of its committees, said he would not comment on "internal communications".