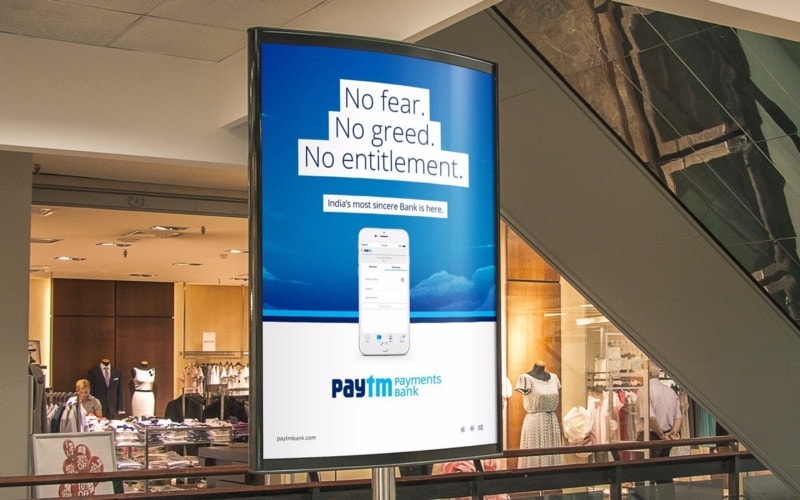 "At Paytm Payments Bank, our aim is to build a new business model in banking industry, focussed on bringing financial services to 100’s of millions of un-served or underserved Indians," Sharma writes in the announcement. "With power of technology and innovation-at-scale, we aim to become a benchmark in world of banking."

Earlier on Tuesday, Paytm also announced the integration of the UPI as a payments channel to recharge its wallet balance. This means that you could theoretically recharge your Paytm Wallet with the BHIM app. Of course, that money now won't have to be transferred to a bank account - Paytm had earlier announced that it's going to merge its Wallet and Payments Bank, so your wallet balance will automatically become your bank balance.

A Payments Bank is - in case you're not already familiar - a kind of bridge between prepaid wallets and full fledged bank accounts. The idea is that the companies selected for this licence would be able to reach deeper into India than banks, which are more infrastructure heavy, and this would help improve financial inclusion, something that's become particularly important in a post-demonetisation India.

(Also see: What Are Payment Banks, What They Can and Cannot Do, and Who Will They Affect?)

Payments banks can accept deposits restricted to Rs. 1 lakh per customer, and are allowed to pay customers interest on the money that is being deposited. Airtel is offering 7.25 percent per annum interest to customers through its payments bank. It's not clear what Paytm payments bank will offer.

Unlike a regular bank, however, a payment bank can't loan money to people or issue credit cards. Also, the payments banks are only allowed to invest the money customers deposit into government securities.

While payments banks can't issue credit cards, they can issue ATM and debit cards - although again, Airtel, which is the only payments bank at present, has chosen not to do so. Payments banks can be integrated with your savings bank accounts via IMPS and NEFT transfers. This means that it's a full part of the banking system, unlike a wallet. Payments banks should therefore be able to enable UPI payments - so you could have a Paytm account but still pay someone who does not use Paytm. The reverse would also be true - you could now have a Paytm account, but receive money from anyone with a working UPI app.

Lenovo Legion Gaming Laptops, Lenovo VR Headset Unveiled Ahead of CES 2017
Flipkart's iPhone 6 Exchange Offer: How to Get the Apple Smartphone at Rs. 9,990