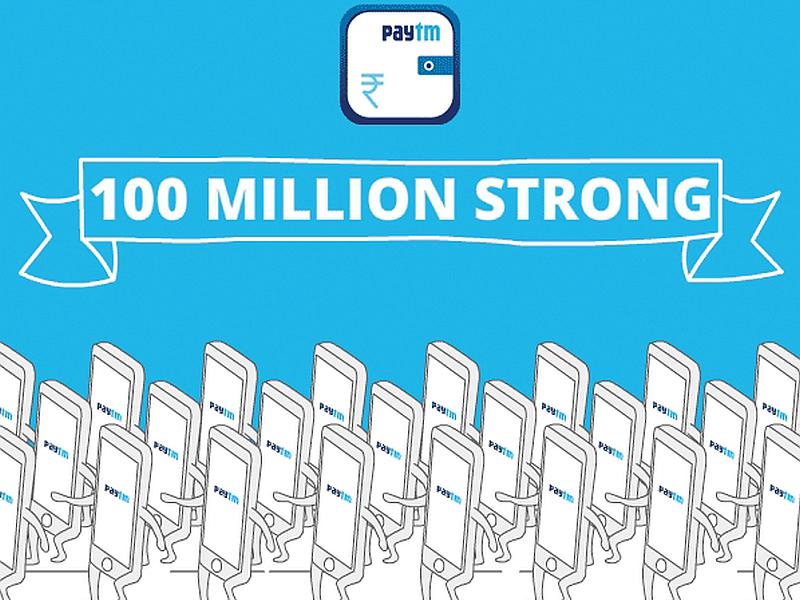 Paytm, a part of One97 Communications announced on Thursday that it had crossed a user base of 100 million Paytm Wallet users, who carry out over 75 million transactions every month.

In the accompanying news release, Paytm said that its wallet was presently accepted by over 80,000 merchants, Paytm plans to reach the 10 million merchants mark by end of next year. Vijay Shekhar Sharma, Paytm founder and CEO, said that cash usage is one of the foundational problems for India, and that the company intends to scale to half a billion Indian users.

Launched in 2014, Paytm's wallet is available on all leading mobile platforms, including iOS, Android, Windows, BlackBerry and Ovi Store. The RBI-approved mobile wallet can be used to pay bills, recharge mobile/ DTH, shop online and pay for various online services like Uber, FoodPanda, BookMyShow, and IRCTC.

The Paytm wallet can be loaded using a debit card, credit card, net banking, and over 20,000 cash deposit points. Paytm is partnering with various banks to enable users to add money through bank branch and ATM machines, and added peer-to-peer fund transfer functionality in July 2015.

Alibaba Group took a 25 percent stake in One97 Communications in February 2015 in a deal worth $585 million, and is reportedly in talks to buy around $600 million (roughly Rs. 3,902 crores) of shares in a deal that could take the Chinese group's total holding to around 40 percent of the Indian payments firm.

Other Indian products to scale over 10 million users include Freecharge, Gaana, Saavn, and Hike Messenger, which targets the 100 million users by the end of 2015. Rival mobile wallet, MobiKwik, claimed to have over 17 million wallet users, and 50K merchants on board as of May 2015. We've reached out to them for an update on their user base.