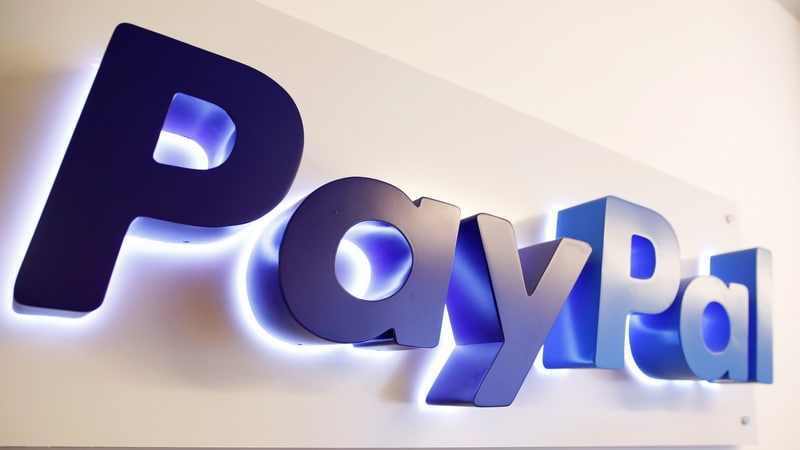 For the fourth quarter that ended in December, revenue rose to $4.23 billion (roughly Rs. 30,000 crores) from $3.74 billion, just missing analysts' average estimate of $4.24 billion, according to IBES data from Refinitiv.

Shares of the San Jose, California based company were down 3.7 percent at $89.00 after the bell on Wednesday.

PayPal separated from e-commerce platform eBay in 2015 and has since focused on broadening the types of services it offers to consumers and merchants, making a slew of acquisitions and partnerships.

The revenue miss in the fourth quarter was due largely to slower growth than expected for payments processed for eBay and unfavourable foreign exchange rates, PayPal executives said on a call with analysts.

"eBay is slowing, but the rest of the business is accelerating in a big way," CEO Daniel Schulmann said in an interview.

PayPal added a record 13.8 million new active accounts in the fourth quarter, compared to an increase of 8.7 million a year earlier. Around 2.9 million of those accounts were added through acquisitions.

The company processed $164 billion in payments over the period, up 23 percent from a year earlier.

Venmo, its peer-to-peer payment app popular with younger consumers, processed $19 billion of payments in the fourth quarter, up 80 percent from the same quarter a year ago.

PayPal said it had made progress in plans to cash in from the app - whose basic peer-to-peer service is free - through initiatives such as the Venmo debit card and an instant cash out service.

The company predicts that Venmo will contribute $200 million in revenue in 2019, Schulman said on the analyst call.

PayPal Chief Financial Officer John Rainey added that the company does not expect Venmo to break even in the next quarter or two but that there was a "line of sight to that with what we're doing."