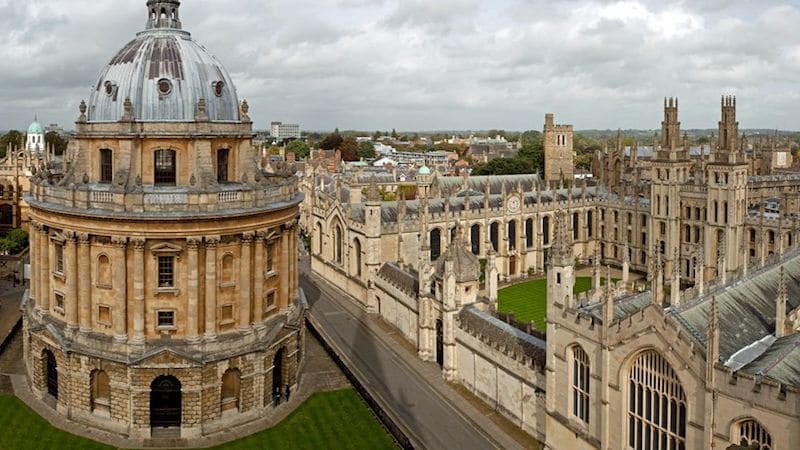 Oxford University has announced its first "Massive Open Online Course" in a partnership with a top US online university network with the maiden course in economics starting February next year.

These free online courses have grown in popularity with hundreds of universities and millions of students. But until now Oxford has not offered such MOOC courses.

It is going to run an economics course partnered with online platform edX, set up by Harvard University and Massachusetts Institute of Technology, the BBC reported today.

The emergence of Massive Open Online Course (MOOC) courses in recent years has been a major phenomenon in higher education, particularly in the United States.

Their supporters argued that putting courses online would make them more accessible and affordable - while sceptics doubted that teaching and the exchange of ideas in seminars could be replicated on the internet.

They also warned of the high drop-out rate from MOOCs and that students were unlikely to get a full degree. Oxford has offered many resources online, including through the iTunes U service and also its department for continuing education.

But until now it has not engaged in the type of MOOC courses offered by the big online networks, such as edX and Coursera in the US and FutureLearn in the UK. These provide free mini-courses, which can be accessed by students anywhere in the world.

Oxford has now announced that it will begin enrolling students for a course starting in February 2017 called "From Poverty to Prosperity: Understanding Economic Development".

It will be part of the edX online platform, which has nine million registered students and runs more than 900 online courses from universities including Harvard, MIT, Berkeley in the US, Peking in China and Sorbonne in France as well as Edinburgh and Imperial College London in the UK.

The course will examine the role that governments play in boosting economic development and will be led by Sir Paul Collier, professor of economics and public policy at the Blavatnik School of Government.

Ngaire Woods, Blavatnik's dean, said the online course would be "an effective way to expand access to knowledge beyond the classrooms of Oxford".

Prof Woods said the school was dedicated to improving government and that depended on "better educated public officials, teachers, entrepreneurs, journalists and citizens".

Anant Agarwal, CEO of edX and Professor at MIT, said: "We are honoured to welcome the University of Oxford, a world- leading centre of learning, teaching and research and the oldest university in the English-speaking world, to the edX global consortium.

"We are excited to partner with Oxford to further our shared mission to improve lives and increase access to high quality education for learners everywhere," Agarwal said.