An option to use live video captions will appear within Zoom for Otter for Business users and Zoom Pro or higher subscribers. 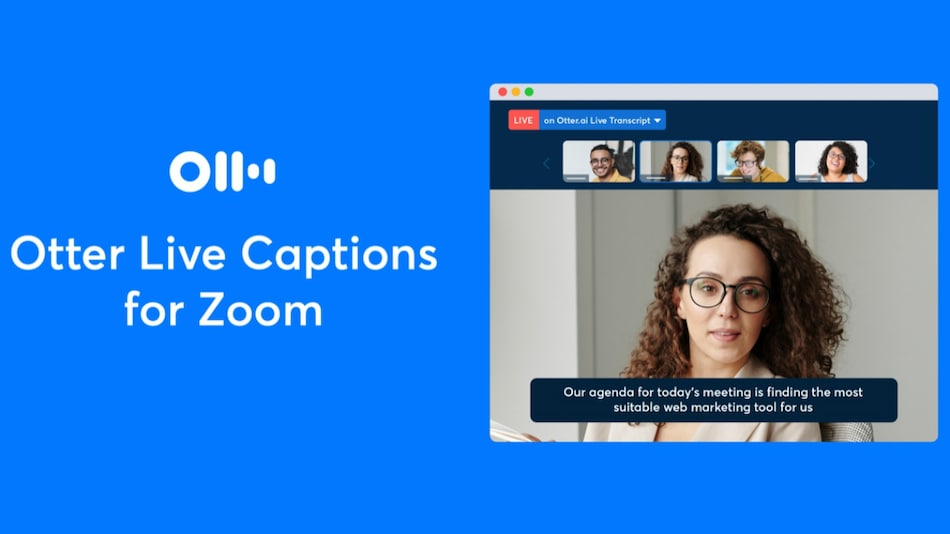 Otter.AI has launched live video captions for Zoom calls. Zoom users will now be able to reduce the chances of miscommunication during conference calls and webinars as Otter.ai has rolled out a live video captioning feature that displays all spoken words as captions at the bottom of the screen. Available to Otter for Business users and Zoom Pro subscribers or higher, the feature is built on Otter Live Notes that was rolled out for Zoom subscribers in April this year. Live Notes provided a transcript of calls in Otter, but live captions makes that a part of the calls too.

According to a press announcement, the live video captioning feature by Otter.ai on Zoom not only helps mitigate problems caused by miscommunication during calls but also helps organisations to comply with the Americans with Disabilities Act (ADA) and accessibility requirements.

The live video captioning feature by Otter.ai turns the words spoken during video calls, webinars or virtual meetings on Zoom into readable text and displays it at the bottom of the screen. This way, users can read a transcript while also listening to the speaker. It could help minimise miscommunication especially in case of a network glitch during the call.

To turn the spoken words into text, Otter.ai uses the Otter Live Notes tool that it launched for Zoom subscribers in April this year. With Live Notes active, the live captions will also be transferred as a transcription in the Otter Live Notes web browser tab. The company says that the feature is aimed at “supporting international organisations using English as their official business language”.

Otter.ai's live video captioning feature is somewhat similar to Google's Live Caption which automatically captions speech of the media playing on the user's device. The feature proves to be handy in noisy environments, and is available for the English language. Recently, Google also introduced captions for video and voice messages on Google Duo. The feature, however, is slightly different from Live Caption as it is only applicable to recorded video and voice messages, and not live video calls.