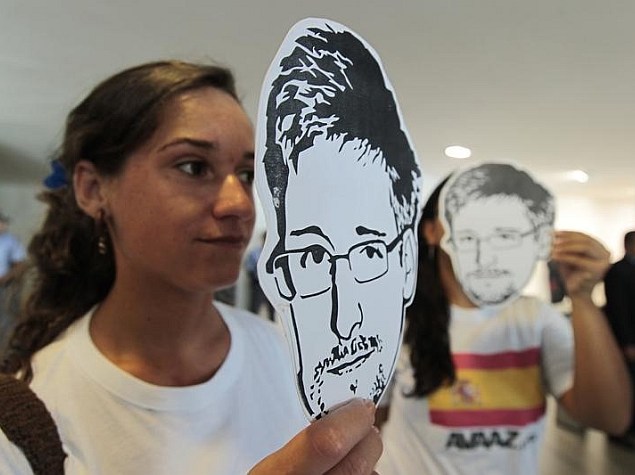 The Washington Post said on Saturday a study of a large collection of communications intercepted by the US National Security Agency showed that ordinary Internet users, including Americans, far outnumbered legally targeted foreigners caught in the surveillance.

"Nine of 10 account holders found in a large cache of intercepted conversations, which former NSA contractor Edward Snowden provided in full to The Post, were not the intended surveillance targets but were caught in a net the agency had cast for somebody else," the Post said.

Nearly half of the files "contained names, email addresses or other details that the NSA marked as belonging to US citizens or residents," it said.

The paper said the files also contained discoveries of considerable intelligence value, including "fresh revelations about a secret overseas nuclear project, double-dealing by an ostensible ally, a military calamity that befell an unfriendly power, and the identities of aggressive intruders into US computer networks."

Tracking the communications led to the capture of some terrorism suspects, including Umar Patek, a suspect in a 2002 bombing on the Indonesian island of Bali, it said.

Many other files were retained although, described as useless by analysts, they were about intimate issues such as love, illicit sexual relations, political and religious conversions and financial anxieties, the Post said.