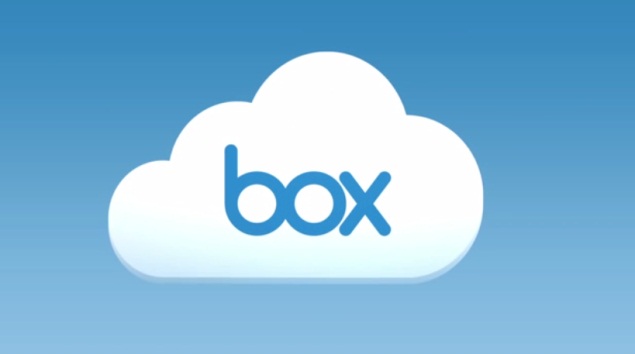 Online storage provider Box is seeking to raise $250 million in an initial public offering that will become the latest test of investors' interest in rapidly growing technology companies suffering huge losses while being led a precocious CEO.

With Monday's IPO filing, Box Inc. took the wraps off its finances for the first time since the Los Altos, Calif., company was founded nearly nine years ago by college dropout Aaron Levie and his friend, Dylan Smith. The documents showed Box has lost a total of $337 million since the end of 2011 alone, including a $169 million setback during its last fiscal year.

Levie, 29, serves as Box's CEO while Smith, 28, is the company's chief financial officer.

"At times, we may get some things wrong, but we respond quickly and fail fast,'" Levie wrote in a letter accompanying the IPO filing. "More often, however, our speed affords us an incredible competitive advantage."

Although he is still relatively young, Levie is well regarded in Silicon Valley and has become known for a glib sense of humor that has helped attract more than 90,000 followers to his Twitter account. He also joined another 29-year-old technology whiz, Facebook Inc. CEO Mark Zuckerberg, among a contingent of Silicon Valley executives who met with President Barack Obama in Washington last week to vent their frustration with the U.S. government's surveillance of Internet services.

Although investors initially were turned off by Zuckerberg's penchant for wearing hoodies when Facebook filed for its IPO in 2012, Wall Street has since warmed up to him and his social networking company.

Facebook's stock closed Monday at $64.10, a nearly 70 percent gain from the company's IPO price of $38. Investors also have shrugged off Twitter Inc.'s uninterrupted history of losses since the company went public last November. Twitter's stock finished Monday at $48.77, nearly doubling from its IPO price of $26.

Box's losses have mounted amid increased spending on service improvements and payroll expansion. The company has tried to take advantage of demand for online storage services that store digital files in remote data centers so people are able to fetch the content on whatever device that they may be using at the time.

The demand for online storage - part of a phenomenon known as "cloud computing" - has been rising with the growing popularity of smartphones and tablets that have made it easier for people to go online wherever they have an Internet connection.

Box now has more than 25 million users, including many who use the service through subscriptions paid by their employers, according to the IPO filing. About 225,000 organizations rely on Box's service, including more than 34,000 that pay fees, the documents said.

The subscriptions helped Box more than double its revenue last year to $124 million, up from nearly $59 million last year. The company has nearly tripled its payroll since 2011 to about 1,000 employees, according to the IPO filing.

The demand for online storage is confronting Box with tougher competition. The rivals include Dropbox, a more consumer-focused service that is considered to be another prime IPO candidate. Both Google Inc. and Microsoft Corp. are pushing their own online storage services more aggressively and tying them to mobile operating systems.

Box has been relying largely on venture capital to help offset its losses. The company has raised $337 million since April 2010, according to the filing. In its last round of financing, Box sold preferred stock at $18 per share.

Monday's filing didn't set a price range for the Box shares or how much stock will be sold. Those details usually emerge as the IPO nears completion, a process that often takes three to four months. The IPO's $250 million fundraising target also could change as investors gauge the investor demand.

The company plans to list its shares under the ticker symbol "BOX" on the New York Stock Exchange.