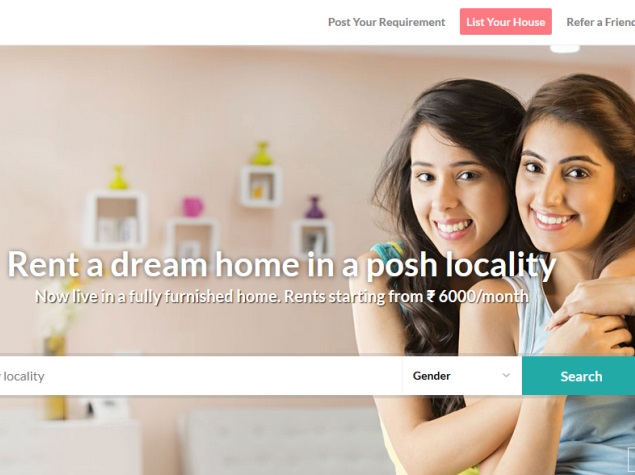 Deepak Dhar, speaking to NDTV Gadgets, said that the firm will be using the funding to expand to all the major IT hubs of India, and building the technology platform so that everything works seamlessly. "We're not a discovery platform. We acquire houses, make sure that they are furnished, and take care of showing the house to the tenants, rental agreements, duplication of keys, maintenance issues, monthly rent collection. We are a company that's closing the complete loop, instead of picking up pieces." he said.

Nestaway claims to be India's largest "managed home rental marketplace", which provides a better rental solution for both tenants and home owners. Tenants can avoid paying brokerage, and get to sub-let rooms in fully furnished houses.

For home owners, the platform claims to provide 20-30 percent higher rental income, while managing tenant sourcing, rent collection, and exits. The app currently lists properties in Bengaluru, and will be launching its services in Pune and Gurgaon, according to the website.

According to Dhar, its clientele, which consists of young urban professionals is the most under-serviced, as there's a general aversion to renting out to bachelors in India. "These people who are slogging themselves in India's metros - and how we treat them is quite unfair." he added.

There are several players in the online brokerage-free marketplaces segment in India. Zocalo provides listings for renting apartments and paying guests, and offers an Android app. Mumbai-based Eezyrent provides listings for apartments and PGs, and has over 20,000 registered customers, while Nobroker.in, which raised $3 million (roughly Rs. 19.1 crores) in funding offers its services in four Indian cities. The app-only service Flatchat raised $2.5 million (roughly Rs. 15.9 crores) from CommonFloor in June 2015, while Grabhouse, arguably the biggest player in this space, claims to have served 1 million customers.