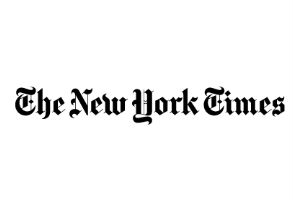 The third-largest U.S. newspaper is charging $15 every four weeks, or $195 a year, to read more than 20 articles a month on its website. That fee also covers a subscription on the newspaper's software for smartphones. The new fees kicked in at about 11:30 p.m. IST on Monday.

The company declined to say Monday how many people have signed up for a digital subscription. But on Monday afternoon, the newspaper's customer-service line has a message telling people that they should expect longer-than-usual waiting times because of a high number of callers.

There are still ways for Web surfers to keep reading Times articles for free after they reach the 20-article limit in a given month.

Readers coming from a search engine such as Google or Yahoo get five free articles per search service per day. And there are no limits on the amount of traffic coming from two of the Web's most popular tools for sharing information, Facebook and Twitter.

Amazon.com Inc. said Monday that people who subscribe to The New York Times on the Kindle will get access to the newspaper's website at no extra cost. It didn't say when this would go into effect, just that subscribers will get more information in the coming weeks.
Subscribers pay $20 a month to read the Times on the Kindle.

The Times said users of the iPhone and Android devices have to download a new version of the Times' software. An updated BlackBerry app is coming soon, so those users will get free access for now.