NSA Was Authorised to Carry Out Surveillance on BJP in 2010: Report 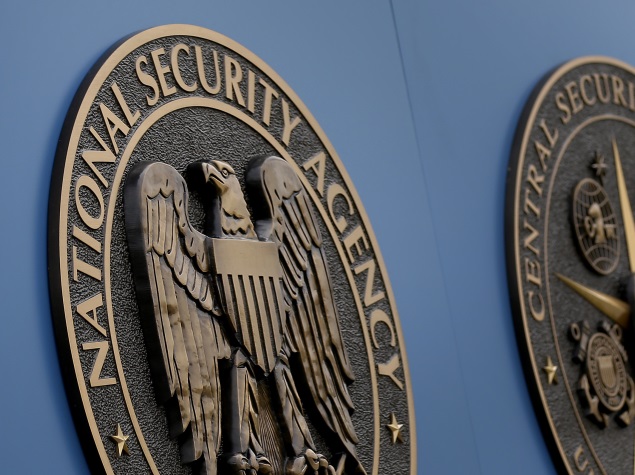 America's top spy agency was authorised by a US court in 2010 to carry out surveillance on the BJP along with five other political organisations across the globe, including Egypt's Muslim Brotherhood and Pakistan Peoples Party, according to a classified document.

BJP figures in the list of foreign political parties along with Lebanon's Amal, the Bolivarian Continental Coordinator of Venezuela, Egypt's Muslim Brotherhood, Egyptian National Salvation Front and the Pakistan Peoples Party for whom the National Security Agency (NSA) had sought permission to carry out surveillance, says the document made public by The Washington Post on Monday.

The document lists the 193 foreign governments as well as foreign factions and other entities that were part of a 2010 certification approved by the Foreign Intelligence Surveillance Court. The list includes India.

"These are the entities about which the NSA may conduct surveillance, for the purpose of gathering foreign intelligence," the paper said, citing documents provided to it by former NSA contractor Edward Snowden.

It said each year a new certification must be approved by the court to permit such surveillance under Section 702 of the FISA Amendments Act.

"Virtually no foreign government is off-limits for the National Security Agency, which has been authorized to intercept information 'concerning' all but four countries, according to top-secret documents," The Post reported.

The four countries are Britain, Canada, Australia and New Zealand.

The certification of surveillance also includes other international organisations like World Bank, IMF, the European Union and the International Atomic Energy Agency.

"The NSA is not necessarily targeting all the countries or organizations identified in the certification, the affidavits and an accompanying exhibit; it has only been given authority to do so," The Post said.

Without specifically responding to questions related to surveillance on India and the BJP in particular, NSA spokesperson Vanee' Vines told PTI that the agency collects foreign intelligence based on specific intelligence requirements set by the President, the Director of National Intelligence, and departments and agencies through the National Intelligence Priorities Framework.

Snowden leaked thousands of classified documents to media uncovering the existence of numerous global surveillance programmes, many of them run by the NSA, triggering an outrage worldwide.

"Under Section 702, the Foreign Intelligence Surveillance Court reviews annual topical certifications executed by the Director of National Intelligence and Attorney General, and approves procedures to allow the US government to target non- US persons reasonably believed to be located outside the US if a specific intended target possesses, is expected to receive, and/or is likely to communicate foreign intelligence information concerning one of those certifications," she said.

"These FISC-approved procedures are designed to minimise the acquisition, retention, and use of US person information, and provide additional restrictions for certain Section 702 collection where there may be a greater likelihood of inadvertent or incidental collection of such information," she told PTI.

"Moreover, in January 2014, (US) President (Barack) Obama issued Presidential Policy Directive 28, which provides additional policy direction for US signals intelligence activities. Among other things, it states that US signals intelligence activities shall be as tailored as feasible and that sensitive targeting decisions shall be subject to enhanced review by senior US government officials," she said.

"The Directive also instructs the Intelligence Community to afford non-US persons with certain privacy protections comparable to those afforded to US persons to the maximum extent feasible consistent with national security.

"In short, there must be a particular intelligence need, policy approval, and legal authorization for US signals intelligence activities, including activities conducted pursuant to Section 702," Vines said.