NSA Internet Surveillance is Legal: US Privacy Oversight Board 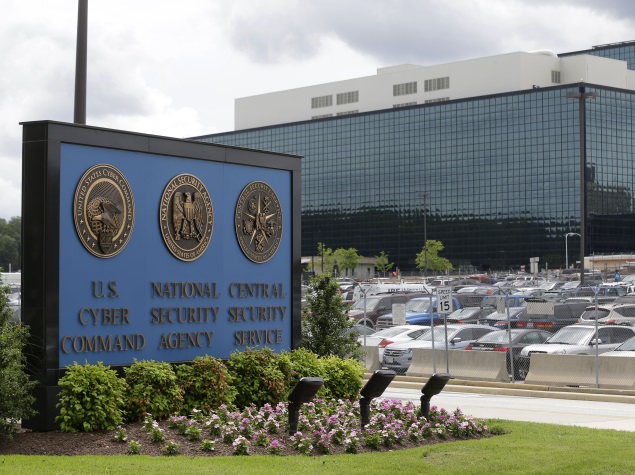 The National Security Agency programs that collect huge volumes of Internet data within the United States pass are constitutional and employ "reasonable" safeguards designed to protect the rights of Americans, an independent privacy and civil liberties board has found.

In a report released Tuesday night, the bipartisan, five-member Privacy and Civil Liberties Oversight Board, appointed by President Barack Obama, largely endorsed a set of NSA surveillance programs that have provoked worldwide controversy since they were disclosed last year by former NSA systems administrator Edward Snowden.

However, the board urged new internal intelligence agency safeguards designed to further guard against misuse.

Under a provision known as Section 702, added in 2008 to the Foreign Intelligence Surveillance Act of 1978, the NSA uses court orders and taps on fiber optic lines to target the data of foreigners living abroad when their emails, web chats, text messages and other communications traverse the U.S.

Section 702 includes the so-called Prism program, under which the NSA collects foreign intelligence from Google, Facebook, Microsoft, Apple and nearly every other major U.S. technology firm.

Because worldwide Internet communications are intermingled on fiber optic lines and in the cloud, the collection inevitably sweeps in the communications of Americans with no connection to terrorism or foreign intelligence. Since the Snowden disclosures, activists have expressed concern that a secret intelligence agency is obtaining private American communications without individual warrants. Some have questioned how such a program could be legal under the Constitution.

The board, including a Democratic federal judge, two privacy experts and two former Republican Justice Department officials, found that the NSA monitoring was legal and reasonable and that the NSA and other agencies take steps to prevent misuse of Americans' data. Those steps include "minimization," which redacts the names of Americans from intelligence reports unless they are relevant.

The board's validation of the controversial NSA surveillance program stands in contrast to its last report in January, when it argued that the NSA's collection of domestic calling records under Section 215 was unconstitutional. The Obama administration disagreed but has proposed to overhaul the program by ending NSA's collection of the records.

The new report will be voted on at a public meeting Wednesday in Washington.

"The board has seen no trace of any such illegitimate activity associated with the program, or any attempt to intentionally circumvent legal limits," the report says. That said, the board noted that the rules "potentially allow a great deal of private information about U.S. persons to be acquired by the government."

In some aspects, the board found, the programs push "close to the line of constitutional reasonableness. Such aspects include the unknown and potentially large scope of the incidental collection of U.S. persons' communications," and collection of communications about a target, such as a foreign terrorist organization, that could capture two innocent American discussing the organization.

The report offers a set of policy proposals "designed to push the program more comfortably into the sphere of reasonableness."

For example, the board recommends that NSA and CIA analysts query Section 702 data using the names or email addresses of Americans "only if the query is based upon a statement of facts showing that it is reasonably likely to return foreign intelligence information."

In contrast to the widespread questions about whether the NSA's collection of calling records under Section 215 was a valuable anti-terror tool, U.S. intelligence officials and skeptical members of Congress have agreed that Section 702 has been responsible for disrupting a series of terrorist plots and achieving insights into the intentions of foreign adversaries.

The board said, "Monitoring terrorist networks under Section 702 has enabled the government to learn how they operate, and to understand their priorities, strategies, and tactics." The programs have "led the government to identify previously unknown individuals who are involved in international terrorism, and it has played a key role in discovering and disrupting specific terrorist plots aimed at the United States and other countries," it added.

Section 702 has its roots in the Terrorist Surveillance Program, a collection program President George W. Bush ordered after the 2001 terrorist attacks in the U.S. without seeking a change in the law. After administration lawyers deemed aspects of it illegal, and after co-called warrantless wiretapping was disclosed in news reports, Congress essentially legalized the program in 2008.

Much about how the government uses Section 702 information remains unknown, including the extent to which it is used to help authorities investigate and prosecute domestic law enforcement cases, such as drug cases, unrelated to terrorism or intelligence.