No Decision Yet on Charging WhatsApp, Skype Calls: Telecom Minister 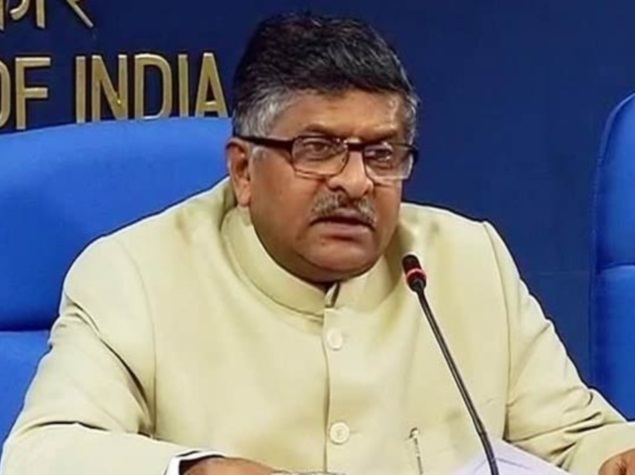 Amid criticism of a DoT panel report suggesting 'regulatory framework' for Internet calls, Telecom Minister Ravi Shankar Prasad Friday said it is not the final view of the government and a "structured" decision will be taken only after looking into views of all stakeholders.

The suggestions of the panel, if implemented, may lead to free calls offered by apps like Skype and WhatsApp coming to an end. The panel has proposed regulation of domestic calls on Internet-based apps like Skype, Whatsapp, and Viber by putting them on par with services offered by telecom operators.

"Net neutrality report has come and I want to make this clear that it is not the report of the government. It is the report of the Department of Telecom," Prasad told reporters on the sidelines an event in New Delhi.

"It is the report of a committee of officers which I had constituted to study the entire gamut of net neutrality."

The panel was chaired by DoT Advisor for Technology A K Bhargava and members included officers A K Mittal, V Umashankar, Shashi Ranjan Kumar, G Narendra Nath, and R M Agarwal. The minister had asked the panel to study net neutrality operation in various parts of the world and the debate on the issue.

Prasad said that the report is now in public domain for comments and it will be sent to Trai also.

"After the Trai report, we will take a structured view. Thereafter Cabinet will take a final decision," Prasad said.

Net neutrality implies that equal treatment be accorded to all Internet traffic and no priority be given to an entity or company based on payment to content or service providers such as telecom companies, which is seen as discriminatory.

The DoT panel has said that international Internet-based calls and messaging services should not be regulated.

IT sector body Nasscom has said that if recommendations are implemented, this kind of differentiation between Internet-based communication services may lead to breach of users' privacy.

Telecom Watchdog, an NGO and co-petitioner in 2G spectrum case, has alleged that the report was a "protectionist policy for the incumbent telecom service providers" and anti-consumer.