New York Times Becomes Inaccessible in India for Many Users; DuckDuckGo Back After Initial Blockage

Gadgets 360 was able to independently verify that both the app and website of The New York Times aren’t working on Jio and Vodafone Idea. 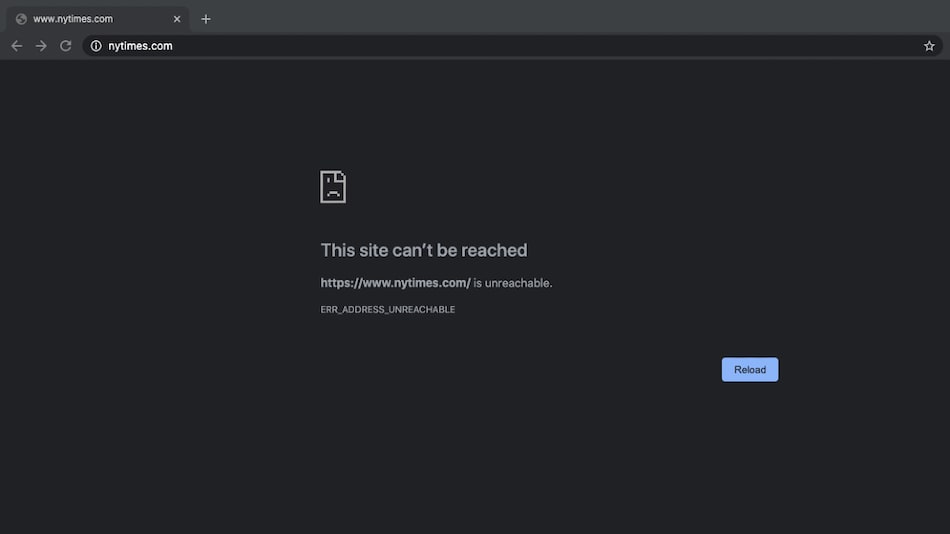 New York Times seems to be inaccessible on some networks in India. Various users have reported online that the app and the website of the American newspaper is not working on Reliance Jio and Vodafone Idea networks. Some users have also suggested that the Nytimes.com, the domain of The New York Times, has apparently been blocked by some Internet service providers (ISPs) as well. The new development emerged just days after privacy-focussed search engine DuckDuckGo was found inaccessible in the country. However, the search engine site appeared to be restored as of Saturday.

As highlighted by the Internet Freedom Foundation (IFF) on Twitter, Jio and Vodafone Idea users aren't able to access The New York Times in Delhi. Similar cases are found in some other Indian cities as well. Gadgets 360 was also able to independently verify that both the app and website of The New York Times weren't working on Jio and Vodafone Idea at the time of filing this story. It was working on Airtel broadband and Jio Fiber, though.

In addition to telecom networks, some ISPs including ACT Fibernet and Hathway seem to have issues with some of the key domains of The New York Times, including the Nytimes.com, Nyt.com, and Nytco.com. Some users have also reported outages with the publication's website and app on Reddit.

This is notably not the first time when people have faced accessibility issues with The New York Times in India. There are some references suggesting its outage in the country earlier this year as well.

It is unclear whether the issues are due to some direction by the government or as a result of a technical glitch. However, some users are able to access the news website after reloading its URL multiple times.

Gadgets 360 has reached out to The New York Times as well as network operators including Jio, Vodafone Idea, and ACT Fibernet for clarity on the outage.

The inaccessibility of The New York Times comes just days after several people faced issues in using search engine DuckDuckGo in the country. On Saturday, DuckDuckGo tweeted to announce that it had been “broadly restored” in the country after getting inaccessible on many networks.

The issues with the US-based site were reported initially on July 1, following the government imposed a ban on 59 Chinese apps. Telcos including Airtel and Jio blocked its access. Some operators also cited that they blocked the site due to a direction by the Department of Telecommunications (DoT). The government department didn't release any public statement on the blockage, though.