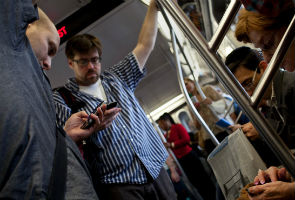 Highlights
Lightning-quick net speeds, more robust connections and a big increase in network capacity at little extra cost may now be possible, thanks to the ground-breaking fibre-optic technology, under a new project.

The project, known as Sardana, involving a consortium of European universities and research institutes, has demonstrated speeds of up to 10 Gigabits per second (Gbps), around 2,000 times quicker than the fastest Internet speed today.

Researchers also showed that such speeds can be achieved at relatively little extra cost using existing fibre infrastructure. Though still in the experimental stages, the fully optical technology would mark a giant leap forward in fibre network performance.

According to some estimates, yearly global Internet traffic will need to be measured in Zettabytes (one trillion Gigabytes) within the next three years, a four-fold increase from today and the data equivalent of all the movies ever made passing through operators' networks every five minutes, according to an university statement.

Streaming video from sites such as YouTube and Netflix will account for most of the traffic, alongside more widespread use of similarly bandwidth-demanding video conferencing and telepresence applications.
Comments