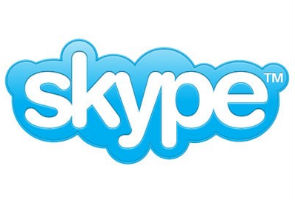 Until now, so called voice over Internet protocol (VoIP) services have been difficult to tap into, because of the way they send information over the web. The services convert analogue audio signals into digital data packets, which are then sent in a way that is costly and complex for third parties to intercept, the 'Daily Mail' reported.

But now a California businessman has obtained a patent for a 'legal intercept' technology he said "would allow governments to "silently record" VoIP communications".

Dennis Chang, president of VoIP-PAL, a chat service similar to Skype, claims his system would allow authorities to identify and monitor suspects merely by accessing their username and subscriber data, the paper quoted Slate magazine as reporting. According to the patent, they could also be tracked down by billing records that associate names and addresses with usernames.

Such a capability would make not only audio conversations but 'any other data streams such as pure data and/or video or multimedia data' open for interception. Internet users who are paranoid enough to use false subscriber data and services to mask their IP addresses could be able to circumvent the identification.

Chang's patent could restructure the way VoIP data is sent over the Internet to make it much easier for authorities to track calls.

The expansion of 4G mobile networks, which can carry large amounts of data, have made it easier than ever for people to make cheap VoIP calls almost anywhere and the number of mobile users of such services is expected to reach 410 million by 2015, the paper said. In response the increasing popularity, the UK, US and other countries have sought to compel VoIP providers to install technology that would allow 'lawful interception' of
conversations.

The patent filed by Chang's company marks just one entrant into a battle to capitalise on this race to provide the next generation of online surveillance technology.

Originally filed in 2007, it was followed two years later by a similar patent by Microsoft - owner of Skype - to 'silently copy communication transmitted via the communication session'.
Comments