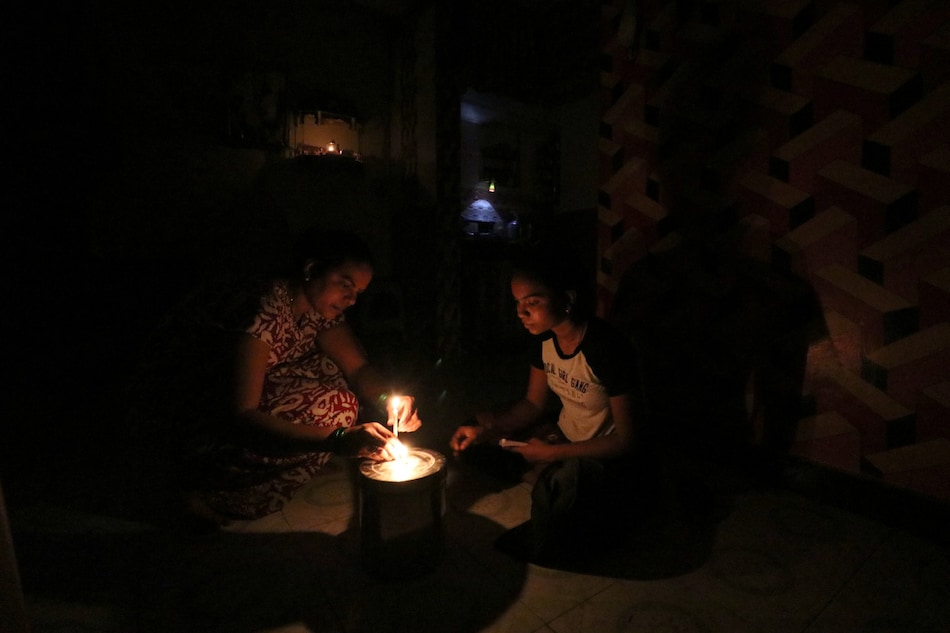 Woman and her daughter light candle inside house after power outage in Mumbai, India, October 12, 2020

A power failure that crippled India's financial capital of Mumbai in western Maharashtra state last year could have been a case of cyber sabotage, a local minister said on Monday, as China denied a report that it was behind the outage.

Deshmukh was speaking a day after a New York Times report said that the power outage on October 12 last year was part of a Chinese cyber campaign against India, even as the two countries were locked in a fierce border battle.

A Chinese embassy spokesperson denied the allegations in the New York Times report, in response to request for comment from Reuters.

"Speculation & fabrication have no role to play on the issue of cyber attacks. Highly irresponsible to accuse a particular party with no sufficient evidence around," a spokesperson for the Chinese Embassy in India tweeted late Monday in response to Reuters' request for comments.

Millions were left without power, trains were stranded and online college exams and mobile telephone services collapsed after a grid failure that affected all of Mumbai and lasted for more than 12 hours in some parts of the city.

At the time, local authorities said the failure was caused due to "technical problems", but an inquiry was ordered into the incident.

"The preliminary report was handed over to the power ministry. We will investigate it further," Deshmukh said at Monday's news conference.