Mozilla Testing a New Browser-Based VPN in Firefox: How to Use it

This feature can be tested by US-based Firefox users only, and they need to be logged-in to their Firefox accounts on their desktop or laptop. 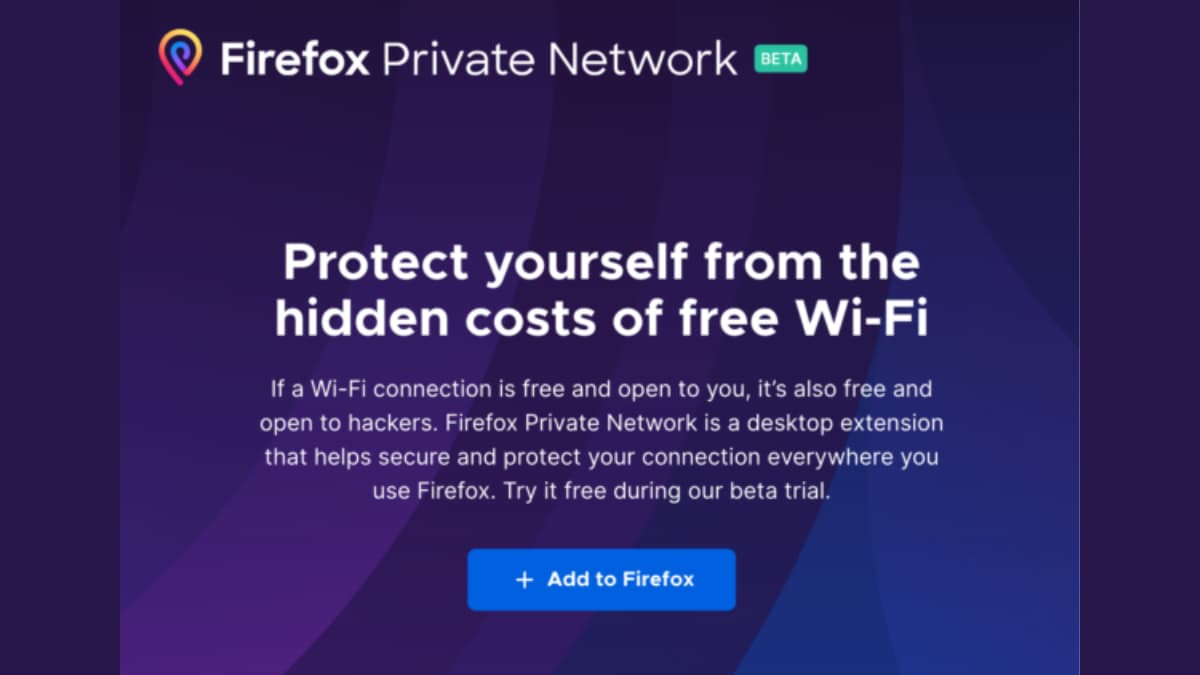 Mozilla has revamped its Firefox Test Pilot programme, and claims that it will focus more on ‘privacy-centric features'. To that effect, a new Firefox Private Network feature has been announced, and it's in testing for now. The feature is essentially a browser-based VPN that users can utilise to keep their browsing private and hide their location from websites and trackers. This feature can be tested by US-based Firefox users only, and they need to be logged-in to their Firefox accounts or their desktop or laptop.

Firefox Private Network is the first beta test to arrive with the revitalised Test Pilot programme. It essentially helps protect you from hackers lurking in plain sight on public Wi-Fi connections. It is a browser-based VPN so it won't help to keep things secure outside of the browser, but it still will change your IP address to hide your current location.

As mentioned, the new Firefox Private Network is currently available only in the US on the Firefox desktop browser. You will also need a Firefox account for this to work, and you can download the extension from their website. After installation, you can click on the new icon that shows up on the right edge of the toolbar. This icon will let you switch the VPN on or off, depending on your preference.

The Verge tested the VPN, and found that the download speed was 17Mbps slower when it was kept on. The IP address was changed to misguide trackers, but the location was moved out to a nearby suburb, which means local ads may still be served. The report also adds that if users want to appear to browse from somewhere you aren't, they'll need to use another VPN service.