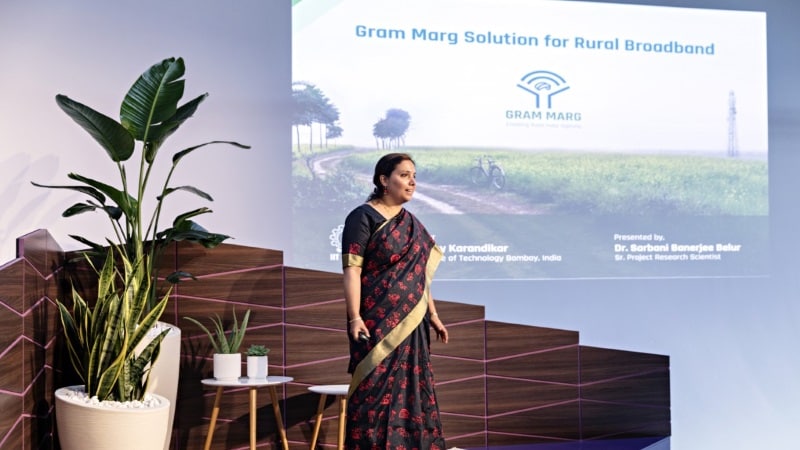 Mozilla has declared that Mumbai-based 'Project Gram Marg Solution for Rural Broadband', which seeks to bring 640,000 villages in rural India online, has won the company's Equal Rating Innovation Challenge. The competition by Mozilla sought entries for initiatives that aim to make affordable Internet available for all, and it received 100 submissions from 27 countries in all.

Project Gram Marg Solution for Rural Broadband, which was among five shortlisted by a panel of expert judges, was declared as the winner in the final phase of the competition - online community voting. It was the leading vote-getter from over 6,000 votes polled.

Led by IIT Bombay professors, Project Gram Marg Solution for Rural Broadband reinforced the progress that rural communities can achieve once they have access to information pertaining to education, health, and the political process, Mozilla said in its release. Mozilla says that the Project Gram Marg team has developed an "ingenious and indigenous" technology that makes use of the unused white space on the TV spectrum in order to backhaul data from village Wi-Fi clusters to provide broadband access (frugal 5G).

"The team of academics and field workers leverages what people already have in their homes, and creates rugged receivers and transmitters to connect villages in even the most difficult terrains. The solution has been rolled out in 25 villages on a pilot basis so far," it said in its release.

This win means that the Project Gram Marg will get USD 125,000 (roughly Rs. 82 lakhs) in funding. The 'Equal Rating Innovation Challenge' was launched in October 2016 as part of Mozilla's endeavour to help catalyse new thinking and innovation for providing open Internet access to communities living without it.

"We will continue to improve our technology solution to make it more efficient. We are also working on a sustainable business model that can enable local village entrepreneurs to deploy and manage access networks," Abhay Karandikar, part of the project team, was quoted as saying in the release.

Following the announcement, Katharina Borchert, Chief Innovation Officer at Mozilla, noted in a blog post, "Mozilla started this initiative because we believe in the power of collaborative solutions to tackle big issues. We wanted to take action and encourage change. At Mozilla, our commitment to Equal Rating through policy, innovation, research, and support of entrepreneurs in the space will continue beyond this Innovation Challenge, but it will take a global community to bring all of the internet to all people. And we're incredibly honoured that part of this global community came together and engaged with us through this Innovation Challenge. We're excited and optimistic about the road ahead."