Microsoft's Project Oxford Can Tell Your Emotional State From a Photo 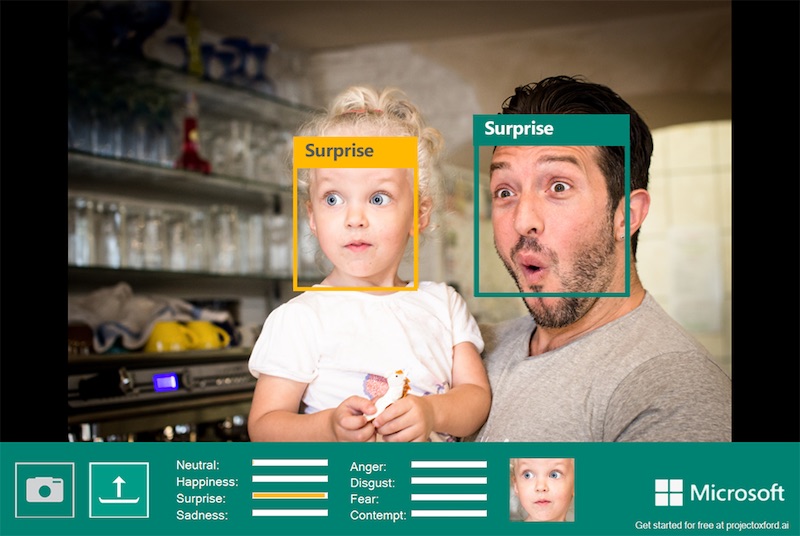 Microsoft says Project Oxford, which can already determine your age by looking at your photo, can now also read your emotional state. The company says that Project Oxford, among other things, can identify the following qualities: anger, fear, happiness, sadness, surprise, or even the "neutral" state.

It announced the update at the Future Decoded conference in the UK. The company also demonstrated several new capabilities for speech recognition, which as it says, can identify the person speaking in a noisy environment, like a stadium. But perhaps the biggest attraction was Project Oxford's ability to look at a picture and tell how a person is feeling, and identify their emotion.

Microsoft unveiled Project Oxford earlier this year at its Build event. Project Oxford utilises machine learning and the computing power from company's data centers to do the processing. The idea is to help developers do a range of interesting things that might not be possible otherwise. The company has made the emotion tool available to developers as a public beta.

"Developers might want to use these tools to create systems that marketers can use to gauge people's reaction to a store display, movie or food," the company wrote in a blog post. "Or, they might find them valuable for creating a consumer tool, such as a messaging app, that offers up different options based on what emotion it recognizes in a photo."

Earlier this year, Microsoft launched How Old website, to showcase the progress it has made in the field of machine learning with its new face detection APIs. On the website, users uploaded their images and Microsoft's engine was able to detect the age.

The company has also showcased a video editing tool that can automatically clip things and fix the stabilisation and other annoying aspects from your videos. It also talked about a smart spell-checking tool that can be more efficiently updated.