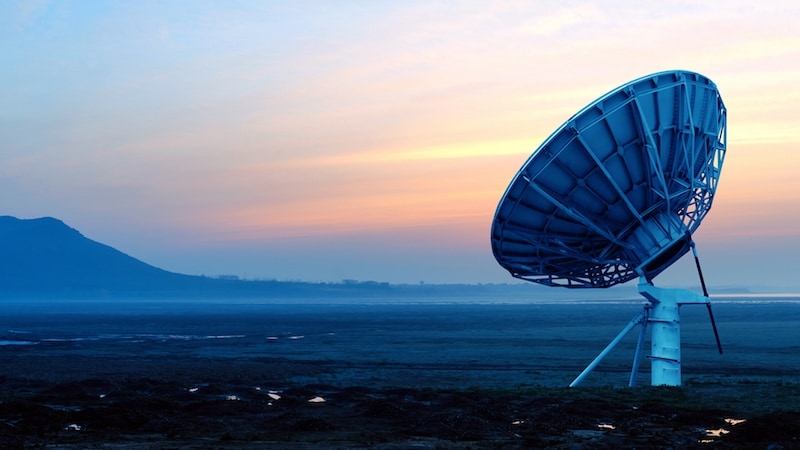 As global giants push to make affordable Internet available to more Indians in an attempt to get the country’s population online for the first time, one major company's ambitions may have hit a roadblock.

Microsoft's White Space initiative in India, on which the company has been working for more than three years, has reportedly failed to win the spectrum band for commercial deployment from the government.

Over the past two years, Microsoft has been testing the White Space technology, for which it uses the unused TV spectrum to beam Internet-carrying signals to several villages across India. Earlier this year, the company piloted the project in Harisal, a small village in Maharashtra, crippled with several infrastructural issues such as power cuts that stretch over 10 hours a day.

Months later, Microsoft quietly stopped the project in Harisal after its temporary license to run pilots expired and the government refused to renew the spectrum band for commercial deployment, according to Hindu, which visited the village. Microsoft declined to comment on Gadgets 360’s queries.

The development puts Microsoft’s major ambitions in India on hold. The company had pledged to bring affordable Internet connectivity to over 500,000 villages in the country in 2015

"We believe that lost-cost broadband connectivity coupled with the scale of cloud computing intelligence that can be harnessed from data can help drive creativity, efficiency and productivity across governments and businesses of all sizes," CEO Nadella had said at the time.

White Space remains a promising technology that taps the unused TV spectrum to beam Internet to a radius of 20km, and through "solid objects and foliage." Deployment of only a few such mobile stations — via towers or balloons — could bring Internet to an entire village, a pitch Microsoft executives have long been making in the country.

It’s also affordable, Microsoft says on its website. "Clearly, the most powerful argument for TV White Space in India is the affordability factor," it says. Though the company hasn’t elaborated how affordable its internet solution might be, it says the project is aimed to empower the common man in India.

On its website, the company also has a success story of its project in Srikakulam, a small town between the Bay of Bengal and the Eastern Ghats. According to a blog post, students from a school in Srikakulam and another school in Kenya were able to talk to each other over Skype, and then receive a message from Microsoft CEO Satya Nadella. Both schools were using Internet connections powered by White Space technology.

"I am convinced that TV White Space can be the affordable answer to last-mile connectivity challenges in India," Bhaskar Pramanik, the then chairman of Microsoft India was quoted as saying. The company has also done a successful pilot of the technology in Varanasi.

Despite the technological breakthrough Microsoft may have achieved, it has also seemingly hit a barrier that many other Western companies and emerging startups in the country have had to work through: regulations. According to the report, telecom operators weren’t happy with Microsoft grabbing the spectrum without an auction.

Microsoft had been hoping that the government would allocate it spectrum for free, arguing that it would be the right thing to do as the White Space project doesn’t have any revenue attached to it, but it seems the government had other plans.

Last year, Ravi Shankar Prasad, the union minister for communications and IT said that the government will not provide any spectrum without auction (where a company like Microsoft would have to bid for the band and pay for it) and the "only exception will be for the defence and the security establishments." Later in the year, the Department of Telecom said it won’t allocate 470-582 MHz spectrum band for commercial deployment of White Space.

While Microsoft's project has failed to take off, its rivals Google and Facebook are increasingly getting more Indians online.

Its global rival, Facebook which suffered a big blow when the government banned Free Basics, is already back with Express Wifi project, and is targeting rural areas and small towns as of present.

Facebook also recently rolled out its Find Wi-Fi feature to all iOS and Android users. The feature lets users find nearby free, public Wi-Fi hotspots that are operated by businesses with a Facebook presence.