Nadella emphasised the need for businesses to build their own technology at a time digital services are transforming all industries, and even homes. 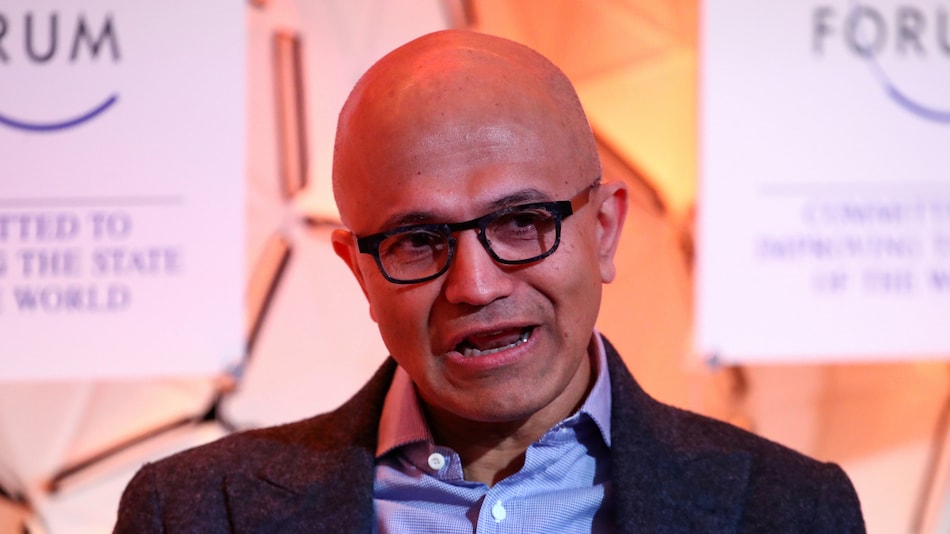 Nadella emphasised the need for businesses to build their own technology

Microsoft Chief Executive Officer Satya Nadella touted the new India cloud partnership with Reliance Industries as he shared centre-stage with its chairman Mukesh Ambani at an event in Mumbai on Monday. Microsoft struck a 10-year deal with Reliance in 2019, committing to power the oil-to-telecoms conglomerate's data centres with its Azure cloud.

"We've been working with Reliance across the entire stack - everything from what they are going to be doing with Azure in their own data centres and how they will extend it," said India-born Nadella at the event in Mumbai, where he began the first leg of his India tour.

"It's sort of a great example of a business leader and a company which is in very diverse sectors to take a platform approach, to use technology to create more technology."

The executives did not provide specific details about their growth plans.

"We're very excited about the partnership that Jio (Reliance's telecoms unit) and Microsoft will have and I think that will be, as we look at this decade, a defining partnership," Ambani said.

During a keynote speech earlier, Nadella emphasised the need for businesses to build their own technology at a time digital services are transforming all industries, and even homes.

Citizenship Amendment Act, which paves a way for minorities from neighbouring Muslim-majority nations of Pakistan, Afghanistan, and Bangladesh to gain citizenship, has sparked weeks of protests.

Critics say that the law, combined with a proposed national register of citizens, will discriminate against India's Muslims minority.

Nadella, who did not broach political issues at Monday's event, will also travel to Bengaluru and New Delhi.