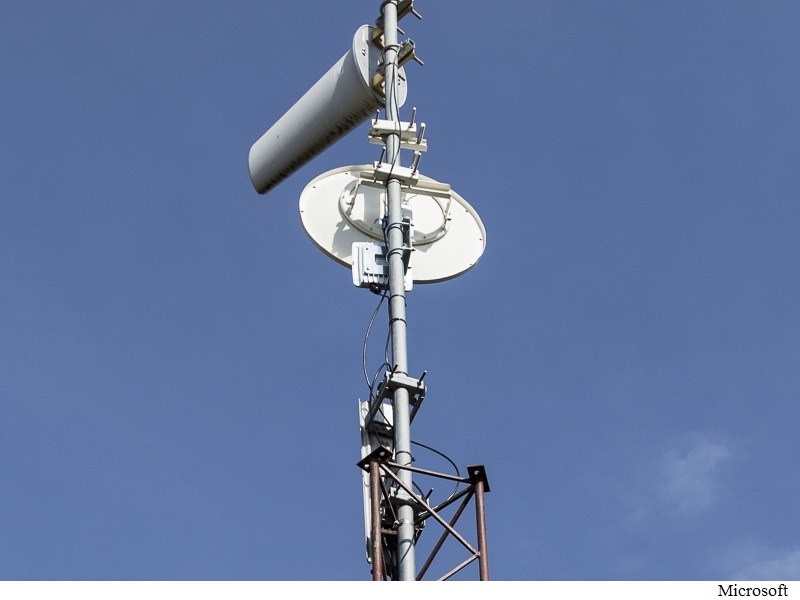 Microsoft announced Friday that it will be working with the Andhra Pradesh government on its TV White Spaces Project, a technology that uses unused TV spectrum to deliver low-cost Internet connectivity.

Microsoft, DoT, DeitY and ERNET are working with the government of Andhra Pradesh in a first-of-its-kind pilot with four educational institutions in the district of Srikakulam, with Z. P. High School at Voppangi as the base station, the other three campuses as receivers, located at a distances of 10 kilometres or more from the base station.

TV White Spaces technology utilises the unused space in terrestrial TV spectrum to provide cheap Internet connectivity to remote areas. Unlike Wi-Fi that propagates to a 100-metre radius, TV White Spaces propagate the signal to a radius of 10 kilometres or more, the company said. Microsoft has previously conducted this project on a pilot basis in Ghana, Botswana, Namibia, Tanzania, South Africa, Kenya and Singapore.

"As a proponent of technology, I have always experimented with technology to take services and welfare programs to people. With this pilot, Microsoft has shown that innovation and technology can make a society technologically advanced, eventually creating a knowledge-based economy," Chief Minister N. Chandrababu Naidu said. He later interacted over Skype from his camp office in Vijayawada with students in Voppangi, Singupuram, Fareedapeta and Sativada.

"We have been a strong advocate of TV White Space technology and firmly believe it can be the affordable answer to last-mile connectivity challenges in India." said Bhaskar Pramanik, Chairman, Microsoft India. "We are deeply invested in India's growth, and we believe that technologies like TV White Spaces can truly support the Government in realising its vision for a Digital India."

Microsoft also presented its cloud-based Machine Learning solution built in collaboration with the AP's Department of Education to help predict student drop-outs. This is being implemented in Chittoor district as part of 'Badi Pilustondi' - flagship program of the government.

Anil Bhansali, Managing Director, Microsoft India said that the technology has the potential to transform the future of skilled workforce in India.