Megaupload Founder Kim Dotcom Vows to Fight Extradition to US 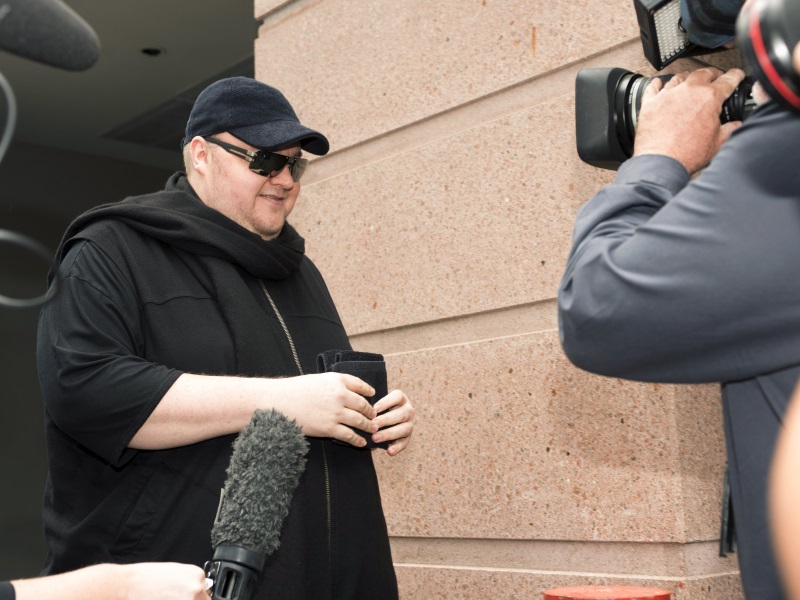 Internet mogul Kim Dotcom vowed to fight a New Zealand court ruling Wednesday that he can be extradited to the United States where he is wanted on piracy-related charges.

After a nine-week hearing Judge Nevin Dawson found there was "overwhelming" evidence to support extradition of the 41-year-old and three other Megaupload founders.

Dawson said the four had 15 days to file an appeal, but Dotcom, who has spent four years battling the case, said outside Auckland's North Shore District Court that he had acted immediately.

"This is not the last word on the matter. We've filed an appeal," the German national told reporters.

"I'm disappointed. That's all I have to say and I wish everybody a very merry Christmas. I'm going home now."

New Zealand Justice Minister Amy Adams, who will have to approve any extradition, would not be drawn on the court ruling.

"As the court's decision may be appealed, it would be inappropriate for me to comment further at this time." she said.

If extradited and found guilty by a US court, Kim faces up to 20 years in jail for offering pirated content American authorities say cost copyright owners hundreds of millions of dollars.

Dotcom argued Megaupload was a genuine file-sharing site which did its best to police copyright infringement but had 50 million daily users and could not control every aspect of their activity.

He has accused US authorities of pursuing a vendetta against him on behalf of politically influential Hollywood studios.

The judge said Megaupload at its peak was the 13th most popular site on the Internet, accounting for four percent of all online traffic.

Serious misconduct allegations
Dotcom, who was arrested in a dramatic police raid on his mansion north of Auckland in January 2012, has denied all charges, which in his ruling the judge said were "not trivial in nature".

In an interview with the New Zealand Herald two days before the decision, Dotcom said the District Court finding would not be the final word and the legal battle could last several more years with appeals from both sides.

"I don't know how long the whole process will take. A year and a half, two, three years or more. It's a very complex matter," he said.

He added that he had fresh legal funding to defend himself in New Zealand and also planned to take legal action in Hong Kong, where he set up Megaupload in 2005, seeking more than $2.0 billion (roughly Rs. 13,243 crores) in damages for the takedown of the file-sharing site.

Earlier this month he won the right to access his $50 million (roughly Rs. 331 crores) in restrained funds in Hong Kong for legal and living expenses.

"I now have the opportunity to fight back in Hong Kong and take legal action against those who have destroyed what I have built there and that means I can sue, indirectly the US government by suing the Hong Kong Department of Justice," he said.

"I have had enough of being defensive. I want to go on the attack now and 2016 will bring that opportunity."

Dotcom is a German national with permanent residency in New Zealand under a government visa scheme for wealthy migrants.