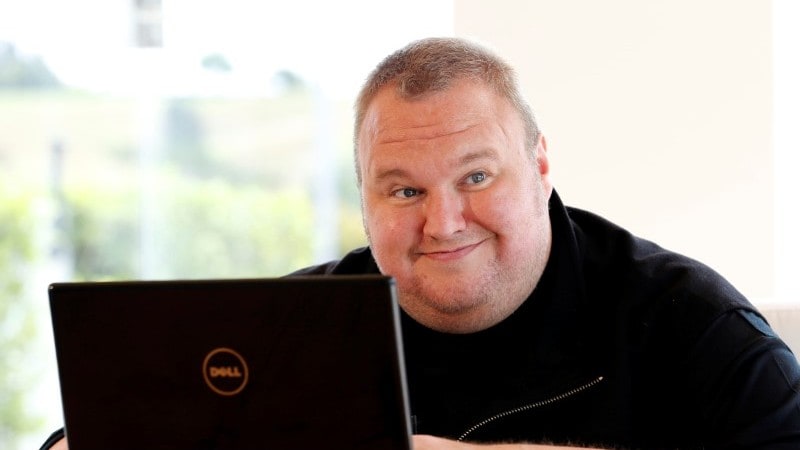 Megaupload founder Kim Dotcom suffered a major setback in his epic legal battle against online piracy charges Thursday when New Zealand's Court of Appeal ruled he was eligible for extradition to the United States.

The German national, who is accused of netting millions from his file sharing Megaupload empire, faces charges of racketeering, fraud and money laundering in the US, carrying jail terms of up to 20 years.

Dotcom had asked the court to overturn two previous rulings that the Internet mogul and his three co-accused be sent to America to face charges.

Instead, a panel of three judges backed the FBI-led case, which began with a raid on Dotcom's Auckland mansion in January 2012 and has dragged on for more than six years.

The court said US authorities had "a clear prima facie case to support the allegations that the appellants conspired to, and did, breach copyright willfully and on a massive scale for commercial gain".

Dotcom is accused of industrial-scale online piracy via Megaupload, which US authorities shut down when the raid took place.

They allege Megaupload netted more than US$175 million (roughly Rs. 1,200 crores) in criminal proceeds and cost copyright owners US$500 million-plus by offering pirated content including films and music.

"We are disappointed with today's judgment by the NZ Court of Appeal in the Kim Dotcom case," his lawyer Ira Rothken tweeted, indicating there would be an appeal to the Supreme Court.

"We have now been to three courts each with a different legal analysis - one of which thought that there was no copyright infringement at all."

Dotcom and his co-accused - Finn Batato, Mathias Ortmann, Bram van der Kolk - have denied any wrongdoing and say Megaupload was simply a case of established interests being threatened by online innovation.

The website was an early example of cloud computing, allowing users to upload large files onto a server so others could easily download them without clogging up their email systems.

At its height in 2011, Megaupload claimed to have 50 million daily users and account for four percent of the world's internet traffic.

'Bond villain' or businessman?
Dotcom's lengthy legal battle has previously seen the District and High Courts find against him.

In its 120-page judgement, the Court of Appeal indicated it wanted the matter resolved swiftly.

"We direct that the District Court should now proceed without further delay to complete its duties under section 26 of the Extradition Act in accordance with the determination," it said.

Under the Extradition Act, Justice Minister Andrew Little can now sign an order to extradite Dotcom to the United States.

Dotcom can take his appeal to the Supreme Court, New Zealand's final avenue of appeal, but will need compelling new evidence that he was facing a miscarriage of justice.

Rothken confirmed his client was not giving up.

"We will seek review with the NZ Supreme Court," he tweeted.

Born Kim Schmitz in Kiel, northern Germany in 1974, Dotcom changed his name in 2005, around the same time he established Megaupload.

He used the wealth generated from his website to fund a lavish lifestyle of racing cars and luxury yachts before moving to New Zealand in 2010.

With his penchant for black clothing and Teutonic accent, Dotcom has likened himself to a James Bond villain, arguing that is why he has been pursued so vigorously.

"I'm an easy target, they needed a villain who's rich, flamboyant and over-the-top like me," he said in 2013, claiming US prosecutors were chasing him at the behest of Hollywood studios.

Dotcom enjoyed early successes in his legal battle, extracting an apology from then prime minister John Key when it emerged New Zealand intelligence services illegally spied on him.

But he has suffered a number of reversals since the District Court ruled in 2015 that he could be extradited, with Dotcom vowing to fight every step of the way.

He launched a multi-billion dollar damages claim against the New Zealand government this year, saying it had destroyed his business and damaged his reputation.