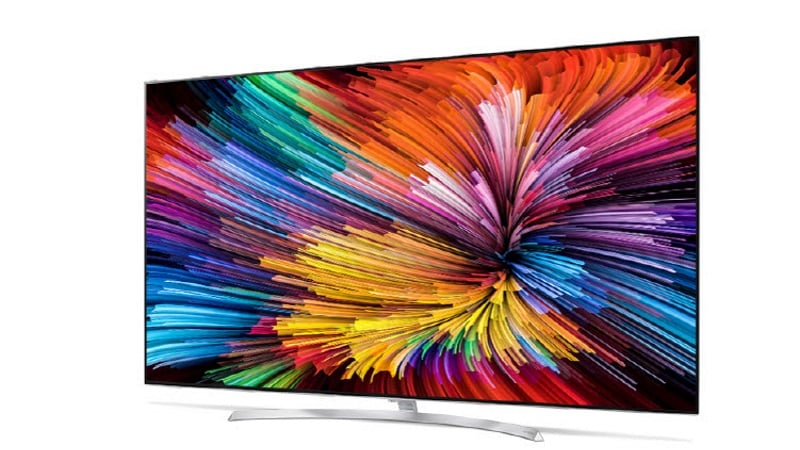 LG has announced that the company will be showcasing its advanced robot technologies at CES 2017, including one that looks set to take on Amazon's Echo and Google's Home. The company says that its robotic lineup will be able to navigate complex environments and find out the most efficient route to complete the tasks allocated to them by making use of powerful analytical processing capabilities. Also unveiled ahead of CES were new UHD televisions with the company's Nano Cell LCD tech.

The company's robot collection will be unveiled on Wednesday at CES and includes the Hub Robot, which will work both as a smart home gateway and a personal assistant for the users, the company said in its release. This sounds a lot like the Amazon Echo speaker powered by the Alexa voice-based virtual assistant, and Google Home speaker powered by the Google Assistant.

Another robot from LG's lineup will demonstrate use in gardening while other models that will be on display have been designed for "commercial use in public spaces such as airports and hotels to help improve the traveller's experience," the company said in the release.

Ahead of its CES 2017 event, the company has also announced its Super UHD lineup of LCD TVs featuring Nano Cell technology, which helps them produce more accurate colours than other television sets, as per company's claims. All three new models from the lineup, namely SJ9500, SJ8500, and SJ8000, feature Active HDR with Dolby Vision that allows support for multiple HDR formats.

The new smart TV models from Super UHD lineup run on LG's webOS platform and come with a thin and "aesthetically pleasing" design, the company said in its release. The company says that the newly launched TV models have powerful audio capabilities. The use of Nano Cell technology is said to reduces the on-screen light glow to maintain picture quality even when these TVs are surrounded by intense ambient lighting.

"Nano Cell LCD displays offer a technological advantage by employing uniformly-sized particles approximately one nanometre in diameter to create more subtle, accurate colours that can be viewed from wider angles than other TVs," LG said regarding the Nano Cell technology used in the TVs. LG says that the absorption of surplus light wavelengths allows Nano Cell tech to distinguish between colours with precision.

The company further claims that the use of the Nano Cell LCD technology dramatically reduces instances of colour fading, image instability and other colour degradation issues.

LG partnered with legendary motion picture technology firm - Technicolor - to work on the colour technologies used by the new TVs in order to try and accurately recreate the "artistic intent of content creators," the company said.

"Our 2017 SUPER UHD TV lineup with LG's proprietary Nano Cell technology is a breakthrough in display technology that advances the LCD TV viewing experience to a level unlike any other," Brian Kwon, president of the LG Home Entertainment Company, was quoted as saying in the release.

Apart from the new TV models, LG has also announced that it will be unveiling a new generation of its CordZero premium vacuum cleaners. In its press release, the company said that the use of its Aero Science vacuum technology and improved CordZero Handstick and CordZero Canister will help users experience a "new level of cleaning."

The company claims that the use of Smart Inverter Motor, which at 115,000 RPM is said to spin 16 times faster than an aeroplane engine, provides the new CordZero Handstick with top class sunction power.

C.Vox ArtOfRunning T-Shirt and Stylish Miler Jacket Review
Google Has to Do More to Fight Fake News, and It Has to Do It Now