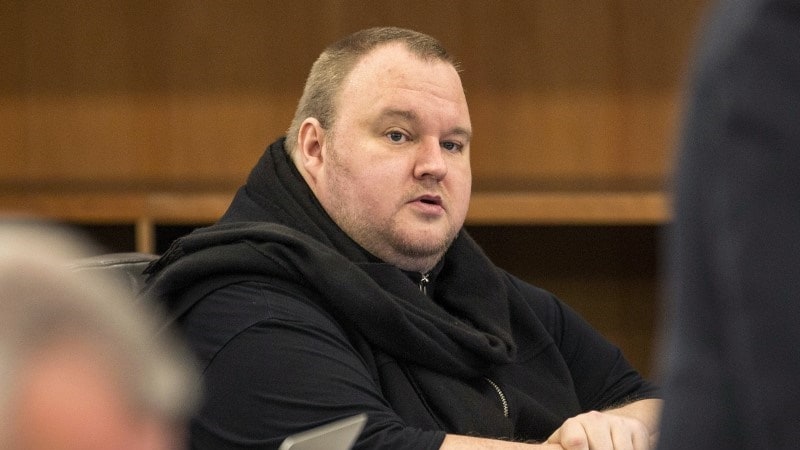 Alleged Internet pirate Kim Dotcom failed Wednesday in a bid to drag Barack Obama into in his long-running extradition case during the former US president's visit to New Zealand.

The High Court in Auckland rejected an application from Dotcom to force Obama to testify, saying it was based on hearsay evidence and "appears at best speculative".

"I decline to exercise the discretion to issue a subpoena or to make a request (for Obama to testify)," judge Geoffrey Venning said in a written ruling.

Obama is in New Zealand on a three-day trip centred on a closed-door corporate function organised by the New Zealand-US Council.

Dotcom's application sought to have him testify about the anti-piracy case he is facing, which the German national alleges was orchestrated by the former president's administration to appease Hollywood moguls.

Dotcom is still fighting attempts to extradite him to the United States, more than six years after armed police raided his Auckland mansion and US authorities dismantled his Megaupload empire.

The case is currently before the Court of Appeal after two previous rulings went against him.

Lawyers for Dotcom argued Obama's evidence would support a motion to strike out the case against him, although Venning disagreed.

"On the material presently before the court I am not satisfied that the evidence Mr Obama could give would be of relevance," he said.

Dotcom said he was disappointed because he believed there was compelling evidence of the link between Obama's administration, Hollywood and his extradition proceedings.

"The judgement is no surprise and we'll get the opportunity to question Obama sooner or later," he tweeted.

Megaupload was an early example of cloud computing, allowing users to upload large files onto a server so others could easily download them.

At its height in 2011, Megaupload claimed to have 50 million daily users and account for four percent of the world's internet traffic.

The problem, according to an FBI indictment, was that many of the files shared were copyright-protected films and music.

Dotcom and his co-accused maintain their innocence. They could face jail terms of up to 20 years if extradited to the United States.