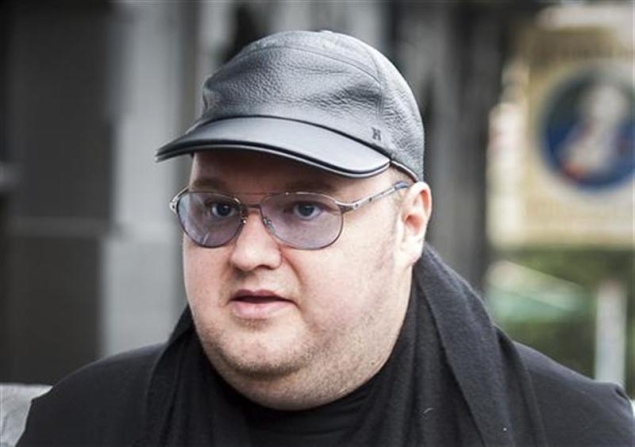 Eighteen months after his arrest for alleged online piracy, Internet mogul Kim Dotcom has accused US prosecutors of deliberately stalling his case because they know it will not stand up in court.

A US bid to extradite the Megaupload founder from New Zealand was delayed again this week, pushing his hearing back to November at the earliest amid protracted wrangling over evidence disclosure.

Dotcom said US authorities had adopted a strategy of appealing every decision that went his way in the New Zealand courts, aware that his legal bills mounted as the case dragged on.

"They seized all my assets, every single penny of my global money and time is on their side," the German national told the Australian Broadcasting Corporation in an interview broadcast late Thursday.

"The longer this case drags out the more legal fees I have, the more dehydrated I become and I will not be able to mount a fair defence, that is their strategy.

"You only use this kind of strategy if the case itself is weak. That's the only method they have to try and beat me."

Dotcom and three co-accused were arrested on January 20, 2012, when New Zealand police acting on a US request launched an armed raid on his Auckland mansion.

He was held in jail for a month before being granted bail and estimated in May that his legal bills were set to reach $50 million-plus.

The German national, who denies any wrongdoing, remains in his mansion, barred from leaving New Zealand until his extradition hearing, but said he could not fully enjoy the luxury surrounding him.

"You're in a golden cage," he said

"I haven't seen a lot of members of my family for almost two years now, one-and-a-half years. I haven't been able to see all my friends, we're stuck here unfairly, without our assets.

"They (prosecutors) put us in an impossible situation."

The US Justice Department and FBI allege Dotcom's Megaupload sites netted more than $175 million in criminal proceeds and cost copyright owners more than $500 million by offering pirated copies of movies, TV shows and other content.

Dotcom argues that Megaupload simply offered a data storage service and cannot be held responsible for content that users placed there.

The Megaupload empire, which at its peak had 50 million daily visitors and accounted for four percent of all Internet traffic, was shut down after the raid, although Dotcom has since launched a similar service called Mega.