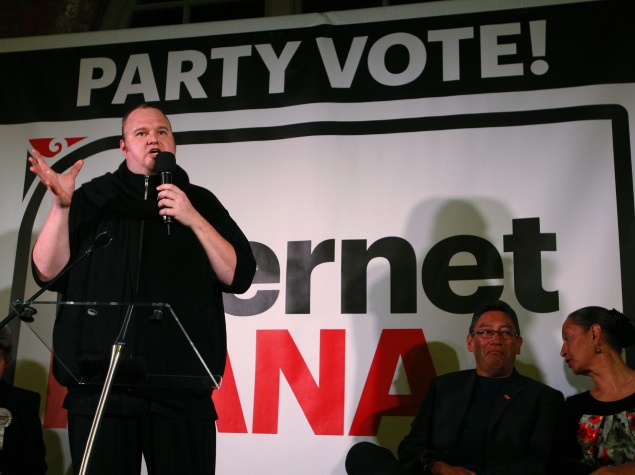 Internet mogul Kim Dotcom confessed his brand was "poison" after his aspirations of bringing down the New Zealand government were overwhelmingly shunned in Saturday's election.

The German-born Megaupload founder, who is wanted in the United States to face Internet piracy charges, established his own political party in an attempt to change the government, believing that could help his fight against extradition.

However, accusations of dirty tricks and spies were swept aside in Saturday's general election with Key and his centre-right National Party returned with an increased majority.

Dotcom's best chance of being represented in parliament was through his alliance with the minor Mana Party but their sole MP Hone Harawira lost his seat in the swing away from the left.

"I'm sorry. I take full responsibility for this loss," said Dotcom who is reported to have invested NZ$3.0 million (US$2.4 million) in setting up his party.

"The brand 'Kim Dotcom' was poison for what we were trying to achieve and that only became apparent to me in the last couple of weeks."

After his brief address to the media, Dotcom later tweeted his congratulations to Key: "New Zealanders have chosen National and John Key to lead. I congratulate the Prime Minister. Please do your best for all Kiwis. Good luck," he said.

During the election campaign Dotcom revealed it was not the first time he had targeted a political figure.

He said that as a 19-year-old he had hacked into the German chancellor's credit rating because he "didn't like the guy".

Internet-Mana Party political figurehead, Laila Harre, who has previously been an MP with the leftwing Alliance Party before becoming a Greens official, did not believe her new party would now self-destruct.

But she would not speculate on whether an election debrief would move to end the association with Dotcom who she described as "a magnet for rightwing attack".

"That meeting will cover what form our relationship should take over the next three years that will evolve," she said.

"With the campaign finished, we will rapidly move towards much clearer public leadership of the party by me."