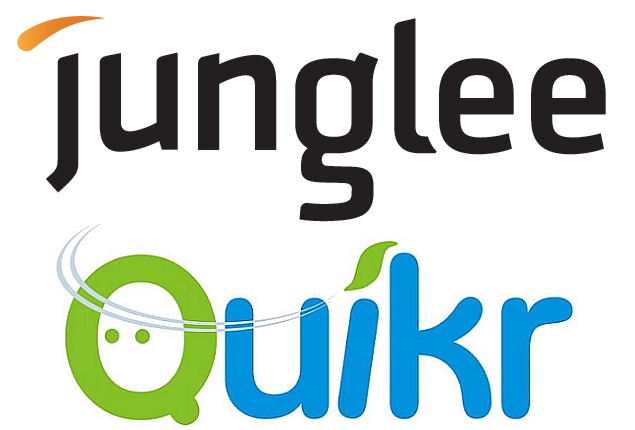 Junglee, a market aggregator, on Monday announced a strategic partnership with Quikr, one of India's biggest classifieds websites.

With the partnership, Junglee.com users can compare prices of new products across hundreds of online shopping sites and also find locally available pre-owned products listed on Quikr.com via Junglee.com, a company release said.

Under the section titled, 'Related Product Listings' on the product pages of Junglee.com, consumers will be able to view relevant classifieds for other similar pre-owned products, based on the their location, all in the same section.

Being one of the most popular product categories searched by consumers on both Junglee.com and Quikr, the new feature has been introduced for the consumer electronics category, mentioned the release

Customers across 10 major cities (Ahmedabad, Bangalore, Chennai, Gurgaon, Hyderabad, Jaipur, Kolkata, Mumbai, New Delhi, Pune) will be able to view this feature from Monday onwards. Junglee.com will expand the coverage of categories and cities in the near future, the release added.

Junglee.com is owned by Amazon, and was the online retail giant's first foray into India. Junglee was launched back in February 2012, and apart from being a market aggregator, also sold Amazon product, such as the Kindle ebook readers.

Amazon India, the online retail giant's Indian portal, was launched in June 2013, and has since made a big mark in the online retail space in the country. It had launched with products available from only three departments - books, movies and TV series. At the time, Amazon had teased that mobiles and cameras would also soon be offered.

The Indian-arm of the online retail giant at the time of writing offers 13 departments, having added cameras, audio and video; watches; mobiles and tablets; beauty and health; home and kitchen; fashion jewellery; toys and baby products; computers and accessories; luggage and bags; music; and video games. These last three were added as recently as last week.