JioMart is aimed to offer over 50,000 grocery products along with free home delivery and no questions asked return policy. 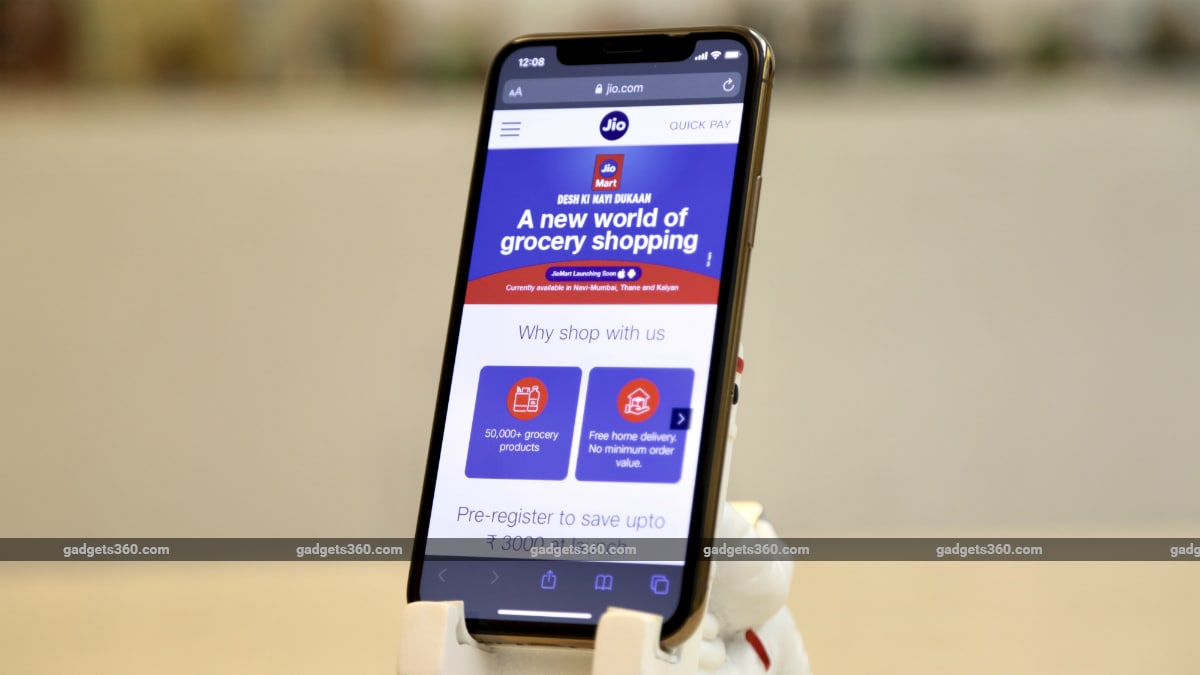 JioMart has emerged as Reliance Industries Limited's much touted e-commerce venture that will take on Amazon and Flipkart. Operated by Reliance Retail, which is the retail arm of RIL, the new venture is being initially launched a pilot for the customers in Navi Mumbai, Thane, and Kalyan. It will, however, be gradually expanded across India. RIL Chairman Mukesh Ambani first hinted at the company's e-commerce venture by calling it “new commerce initiative” last year. The Mumbai-based company is projected to connect three crores offline retailers with over 20 crores households in the country through the latest venture, Ambani had said at RIL's 42nd annual general meeting (AGM) in August.

To kick off its e-commerce operations, Reliance Retail has started taking pre-registrations for JioMart. The new venture is touted to offer a portfolio of over 50,000 grocery products along with offerings such as free home delivery against no minimum order value, no questions asked return, and express delivery promise, as highlighted on the official JioMart website that specifies the venture as “Desh Ki Nayi Dukaan” (the country's new shop). These benefits would help Reliance persuade customers who're majorly using Amazon and Flipkart for grocery shopping.

According to a report by Mint, Reliance Retail has sent an invite to Jio users to register for JioMart and avail preliminary discounts. The website of the venture shows that early customers would get up to Rs. 3,000 for pre-registration.

Instead of establishing its native warehousing, Reliance is building JioMart on an online-to-offline (O2O) marketplace under which it will source grocery items from nearby merchants, similar to what Amazon Prime Now and Grofers used to do earlier. This means that the new venture will emerge as a platform for offline retailers to cater to online-focussed customers in their locality.

“Our beta trials with thousands of merchants across multiple locations in the country established the premise of New Commerce with significant increase in sales and improvement in margins for the participating merchants. We are now getting ready to roll out the platform at a larger scale,” Ambani said while addressing the 42nd AGM last year.

Initially, JioMart is said to host products such as daily staples, soaps, shampoos, and other household items. This would make things difficult for Amazon's Prime Now that is aimed to offer two-hour deliveries of grocery products.

The JioMart website shows that Reliance is set to bring specific Android and iOS apps in the coming future. The JioMart apps would let users place orders directly from their mobile devices. We've reached out to Reliance Retail for clarity on the development and will update this space when we hear back.

In addition to acquisitions particularly focussed on online retail operations, Reliance is enhancing its presence in the worlds of artificial intelligence (AI) and Internet of Things (IoT) to develop newer experiences for e-commerce customers.

The Tiny Deals Behind Mukesh Ambani's Bid to Take on Amazon