These announcements are expected at the 42nd RIL AGM keynote. 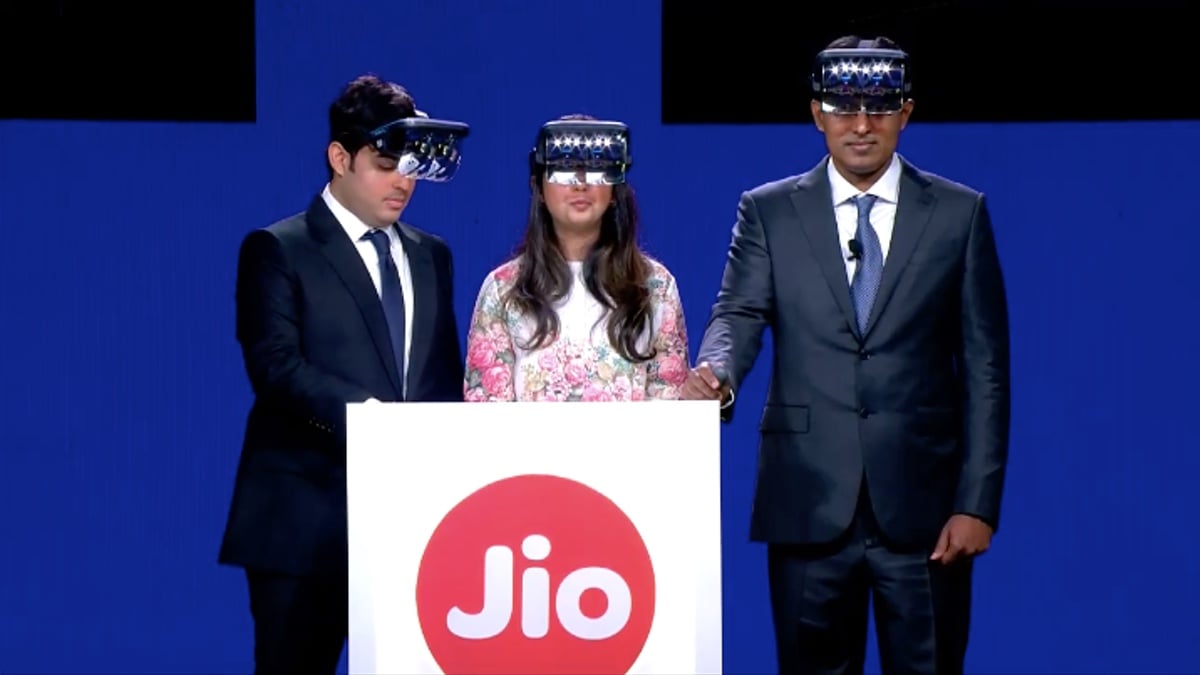 The 42nd Annual General Meeting (AGM) of Reliance Industries Limited (RIL) begun on Monday, August 12. Jio has crossed the 340 million subscriber mark to remain among the world's fastest growing digital services, RIL chairman and managing director Mukesh Ambani said, while beginning the keynote. On September 5, Jio turns three years old, he said, adding that Jio has made India "data shining bright". Jio's signing up 10 million new customers every month. Half a billion customers is well within Jio's reach, Ambani added. Reliance Jio is now the largest operator in India and the second largest in the world in a single country, he added. Jio's network is 4G+, and it can be upgraded to 5G at minimum incremental cost, he said. Jio's IoT platform will be launched from January 1, 2020. Here's how to watch the Reliance AGM live stream where we could hear about Jio Phone 3, Jio GigaFiber launch plans.

Jio GigaFiber is Reliance Jio's home Internet service. Ambani said the company received 15 million registrations for GigaFiber in India. The company plans to reach 15 million residences and 20 million establishments in these towns. The network rollout for Jio GigaFiber rollout will be completed over the next 12 months. We've already seen the rollout of this service gradually taking place across the country. At the moment Jio GigaFiber users have paid a refundable security deposit of Rs. 2,500 to Rs. 4,500 for the router but the broadband service has otherwise been free. Ambani said most people use around 100GB per month on GigaFiber.

The set top box also supports mixed reality (MR) via headsets, which lets you create a 3D hologram of yourself to select clothes you want to purchase, for example. Another example of MR use cases is to learn about the solar system, or having an immersive movie watching experience. The MR device Jio showed on stage is called the Jio HoloBoard which has been designed by a company called Tesseract that Reliance had acquired earlier, and it'll be available in the market soon at an affordable price, the company said.

JioFiber commercial rollout will begin on September 5, 2019. JioFiber will launch with the following plans and pricing. Jio GigaFiber plans broadband will start at 100Mbps and go all the way up to 1Gbps. Jio GigaFiber plans pricing is Rs. 700 per month to Rs. 10,000 per month depending on the plan. Voice calls from home to any Indian operator, mobile or fixed, will be absolutely free forever, Ambani announced. International calling from Jio landlines will also be lower, the company said. Default tariff will be 1/5th to 1/10th of existing tarriffs and unlimited calling to US and Canada at Rs. 500 per month.

Jio Fiber will be bundled with subscriptions to most leading premium OTT applications. Premium Jio Fiber customers will be able to launch movies on the same day they are released in theatres, Ambani said. This service will be launched in the middle of 2020.

Jio Fiber users will also get Jio Postpaid Plus. It will offer at-home portability, family plans, international roaming at a fraction of the cost, and phone upgrades at preferential rates, Ambani said. The complete details of tariffs will be available from September 5, 2019.

Jio Fiber customers who opt for annual plans will get HD LED or 4K televisions and a 4K set top box for free. This is called the Jio Fiber Welcome Offer.

Jio also announced a partnership with Microsoft where the two companies will jointly launch cloud datacentres and jointly promote Office 365 to more companies.

Jio also made to announcements for startups and SMBs. The connectivity and cloud infrastructure for budding startups will be free, Ambani said, from January 1, 2020. Jio said it will also invest in and financially support those startups that support India's needs in agriculture, skill development, and healthcare. Micro, small, and medium businesses are currently paying up to Rs. 20,000 per month for connectivity, productivity, and automation tools, Ambani said. Jio said it will offer these tools starting at Rs. 1,500 per month to these enterprises.

The Jio Phone series is Reliance Jio's smart feature phone devices. The two devices launched in this series so far have been sold with massive cashback offers that guarantee almost the full cost of the smartphone if you return the device after three years. Unfortunately there aren't any details about the Jio Phone 3 right now and we will update this story when we have more details. Jio Phone 3 could be more powerful than Jio Phone 2 and have WhatsApp, YouTube, and Facebook pre-loaded.