‘Who Is Bezos?’ US Student Asks as Amazon CEO Stands Next to Him

When the student was informed that Bezos owns one of the largest companies in the world, he turned around, saying, "Big deal, so what?" 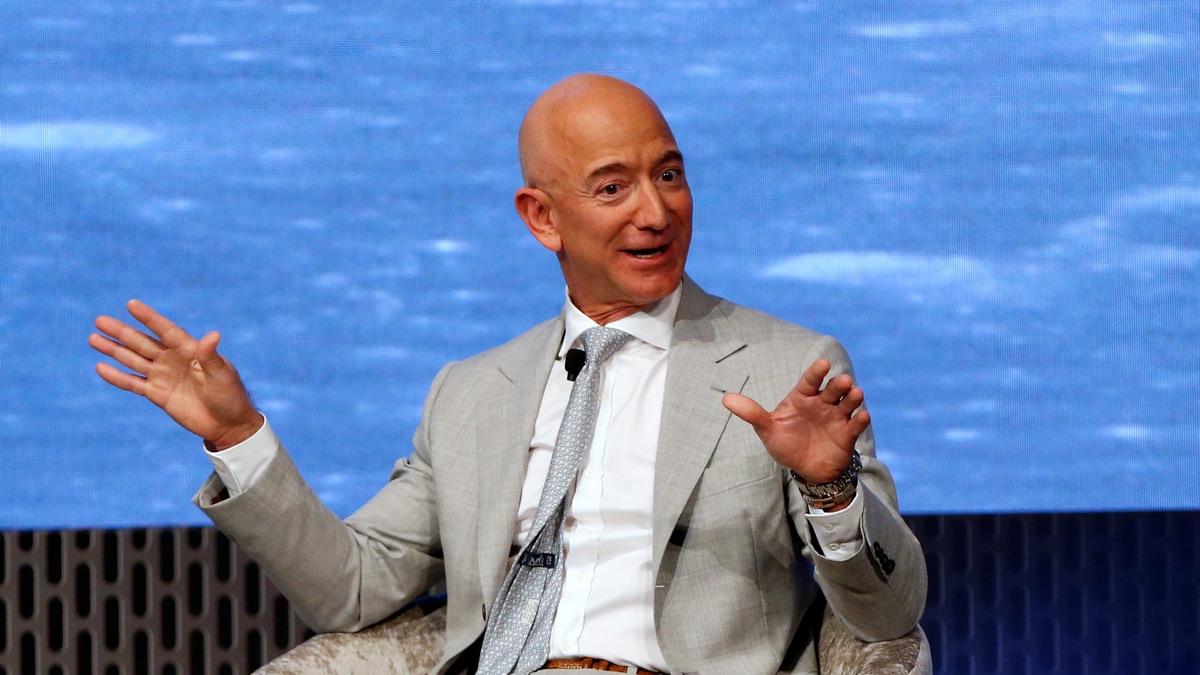 Jeff Bezos may be the richest person on Earth, but for a high school student in the US capital, the Amazon CEO is just an ordinary man and there is "no big deal" if he is around on a surprise visit. In a video which has now gone viral, the Amazon founder and president is seen visiting a company-funded computer science class at Dunbar High School in Washington, DC and interacting with the students.

As Bezos began talking to students about Amazon's "Future Engineer programme", which funds many courses around the US, a student was seen asking "Who's Jeff Bezos?" twice to another student sitting behind him.

When the teenager was informed that Bezos owns one of the largest companies in the world, he turned around, saying, "Big deal, so what?"

A moment later, Bezos was seen talking to the same student who explained to him about his computer project. Bezos told him: "You are a good storyteller. Keep up that skill too".

The video was taken by NBC Washington's Caroline Tucker at the school on Monday.

This morning @amazon is at Dunbar High School in DC to announce a milestone in its Future Engineer Program. They had a surprise guest....Jeff Bezos. @nbcwashington pic.twitter.com/dmOvmeJ4Fv

"This morning @amazon is at Dunbar High School in DC to announce a milestone in its Future Engineer Program. They had a surprise guest... Jeff Bezos,' she tweeted.

"The young man in the class ended up being the only one who spoke to Jeff Bezos about how much he has learned about coding. Later on, he told me he wanted to "seize" the opportunity to talk to the CEO," Tucker added.

"If he's not an Instagram "influencer" how will the kids know about him? Maybe we need a shot of @JeffBezos on the beach in a bikini for the kids to show interest," posted one user.

Another tweeted: "People is judging the kid, but he is there to learn and maybe high-tech celebrities are not on his wish list".

According to the New York Post, the teacher of the class said "only about three" of her 15 students knew who Bezos was when he walked into the classroom.

Bezos, who owns the Washington Post, is the richest man in the world with an estimated net worth of $110 billion despite a huge divorce settlement with ex-wife MacKenzie Bezos worth $35.6 billion in Amazon stock -- making her one of the top five richest women in the world and one of Amazon's largest shareholders.