Jeff Bezos buys Washington Post: The challenges that lie ahead 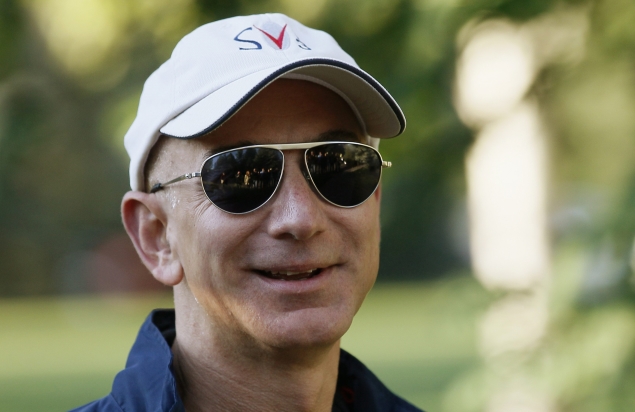 Jeff Bezos turned selling books online into a multibillion-dollar business that has changed retailing forever. Many are now anxious to see if Bezos can do the same for the media industry, after the Amazon.com founder announced he is buying The Washington Post and other newspapers for $250 million.

Monday's news of the sale to the 49-year-old pioneer of Internet commerce came as a shock to observers, many of whom thought the Graham family would never sell. It also sparked hope among the ranks of reporters beset by seemingly endless cutbacks.

Among his champions are the members of the family selling the paper, including Katharine Weymouth, who promised to stay on as publisher.

As some journalists shed tears, others expressed optimism.

"Jeff Bezos seems to me exactly the kind of inventive and innovative choice needed to bring about a recommitment to great journalism," said Carl Bernstein, whose co-reporting of the Watergate scandal that brought down President Richard Nixon in the 1970s cemented the newspaper's identity as a political watchdog.

But The Post, like most newspapers, has been losing readers and advertisers to the Internet while watching its value plummet. The paper has cut its newsroom staff repeatedly in recent years and closed several bureaus.

Many see Bezos, whose fortune was valued at $25 billion by Forbes magazine, as being rich enough to sustain the losses the newspaper will likely face over the next few years.

Bezos is buying the newspaper as an individual. Amazon.com Inc. is not involved.

Bezos said to Post employees in a letter distributed to the media that he'd be keeping his "day job" as Amazon CEO and a life in "the other Washington" where Amazon's headquarters are based in Seattle.

But he made clear there would be changes, if unforeseen ones, coming.

"The Internet is transforming almost every element of the news business: shortening news cycles, eroding long-reliable revenue sources, and enabling new kinds of competition, some of which bear little or no news-gathering costs," Bezos wrote. "There is no map, and charting a path ahead will not be easy. We will need to invent, which means we will need to experiment."

Washington Post Co. chairman and CEO Donald Graham called Bezos a "uniquely good new owner." He said the decision was made after years of newspaper industry challenges. The company, which will continue to own the Kaplan college and test preparation business along with six TV stations, will change its name but didn't say what it will be.

Bezos said in a statement that he understands the Post's "critical role" in Washington and said its values won't change.

"The paper's duty will remain to its readers and not to the private interests of its owners," Bezos said in his letter to Post employees.

He said he would follow in the footsteps of longtime publisher Katharine Graham, who died in 2001, in pursuing the truth and following important stories, "no matter the cost."

"While I hope no one ever threatens to put one of my body parts through a wringer, if they do, thanks to Mrs. Graham's example, I'll be ready," he wrote.

Weymouth, the newspaper's publisher and CEO and a member of the Graham family that has owned the newspaper since 1933, will remain in her post. She has asked other senior managers to stay on as well.

"Mr. Bezos knows as well as anyone the opportunities that come with revolutionary technology when we understand how to make the most of it," she said in a letter to readers. "Under his ownership and with his management savvy, we will be able to accelerate the pace and quality of innovation."

The news surprised industry observers and even the newspaper's employees.

"I think we're all still in shock," said Robert McCartney, one of the newspaper's Metro columnists and a 31-year veteran. "Everybody's standing around the newsroom talking about it. I don't think much work's getting done."

An email hit staffers' inboxes at 4:17 p.m. EDT. It summoned them to a meeting 13 minutes later.

Graham spoke at the staff meeting of how he has known Bezos for more than a decade, and described him as a decent and patient man, said McCartney.

Graham told the staff he is convinced Bezos is committed to quality journalism and has no political agenda. There was a long standing ovation from the staff after Graham and Weymouth's remarks.

"Hard to imagine the Post without the Grahams," wrote East Asia Correspondent Chico Harlan in a tweet. "Don emailed his writers, knew their names."

Fredrick Kunkle, a metro reporter and a union leader at The Post, said there is also apprehension among staff.

"The Graham family has been revered in this town, rightly so," he said, adding he saw at least one person at the meeting wipe away tears. "We all have a lot of questions."

Allen & Co., an investment banking firm which held a high-level conference for media andtechnology executives in Sun Valley, Idaho, last month, was named as an adviser to the deal. Bezos and Graham have been known to frequent the conference.

To observers, the Amazon chief is eminently qualified to be a newspaper owner: He's rich, he's innovative and he's willing to live with slim profits. That's proven by his running of Amazon since its foundation. Last month, Amazon.com reported an unexpected loss in the April-June quarter even though revenue grew 22 percent to $15.7 billion.

"Some other buyers might see the Post as a thing to drain money out of," said Joshua Benton, director of the Nieman Journalism Lab at Harvard University. "There's little reason to think (Bezos would) fall into that category."

Alan Mutter, a media consultant and former newspaper editor, said this deal marks the first time a newspaper has been bought by a "digital native," not someone entrenched in the print medium.

"Here's a guy who's going to re-envision the newspaper from top to bottom and we'll see what we get," Mutter said.

Newspaper revenue has shriveled during the past eight years even as many publishers charged readers more for their print editions and began imposing fees for digital access, too.

Readership of the print editions has also plummeted during the past decade. In 2002, The Washington Post's paid weekday circulation averaged nearly 768,000 copies, according to regulatory filings. By last year, the Post's weekday paid circulation had fallen to an average of just under 481,000, a 37 percent drop.

"As they look out beyond 2013, it's clear print advertising is going to continue to decline and it's causing pressures they didn't expect," Doctor said.

In contrast, sustaining annual losses of about $10 million for a few more years is more tolerable to Bezos and other billionaires such as Warren Buffett, who has also been buying newspapers in the past few years, Doctor said.

"Apparently there are people in this country who think these newspapers are worth saving and hope that advertising will eventually stabilize and they can begin to make money again," Atorino said. "If the advertising doesn't come back, then game over."