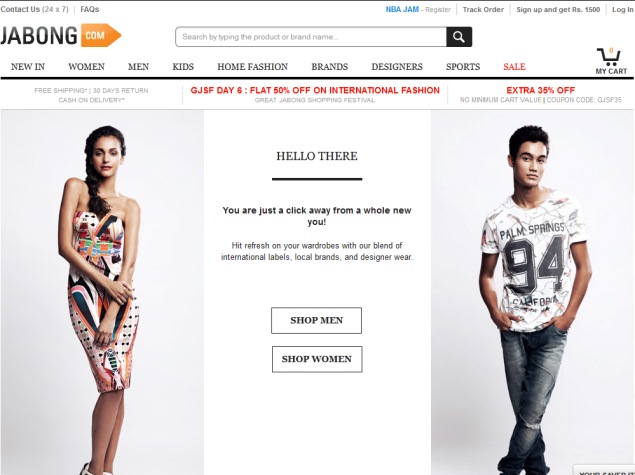 The deal is expected to close later in the year.

GFG will focus on growth markets, covering 23 countries with a EUR 330 billion fashion market and population of over 2.5 billion people.

In India, fashion is one of the largest and fiercely contested categories in the e-commerce space. According to reports, the category is expected to see 400 per cent growth from USD 559 million to USD 2.81 billion by 2016.

The five e-commerce companies have attracted funding in excess of EUR 1 billion from Kinnevik, Access Industries, Summit Partners among others.

After the merger, all direct and indirect shareholders in the five existing e-commerce companies will contribute their shares into a newly formed Luxembourg-based entity.

The three largest shareholders in GFG will be Kinnevik, Rocket and Access Industries, with 25.1 per cent, 23.5 per cent and 7.4 per cent ownership interests, respectively.

The Board of Directors will include Lorenzo Grabau, CEO of Kinnevik as Chairman, Oliver Samwer, CEO of Rocket as Deputy Chairman and representatives of the other largest shareholders.

"By operating as a single entity, Dafiti, Jabong, Lamoda, Namshi and Zalora will be even more effective in expanding their leadership positions in their respective marketplaces," Grabau said.

GFG will maintain multiple business models including full inventory, branded shops and marketplaces tailored to the opportunities within the local markets.

"In addition, GFG will continue to explore development of adjacent categories like personal care. Mobile commerce will remain a core focus for GFG through the continued development of mobile applications aimed at the growing smartphone user base in its territories," it said.

As of June 30, 2014, GFG had 4.6 million active customers and over 7,000 employees. In January-June 2014, GFG websites had 353 million unique visitors, received 8.4 million orders and generated EUR 436 million of Gross Merchandise Volume.