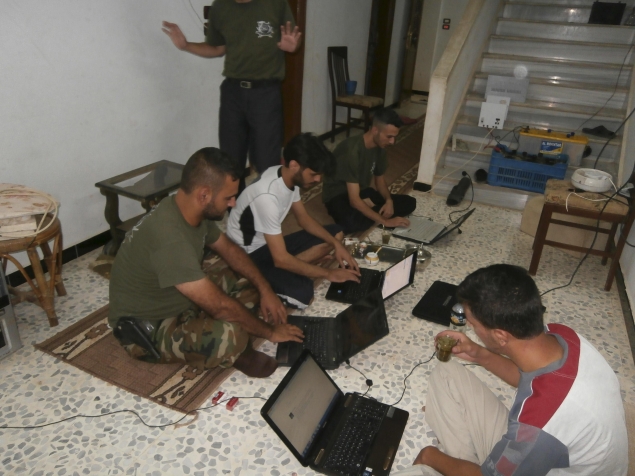 Philippine police, backed by Interpol, have arrested dozens of suspected members of an online extortion syndicate who duped hundreds of victims worldwide into exposing themselves in front of webcams, including a Scottish teenager who committed suicide after being blackmailed, officials said Friday.

At least 58 Filipino suspects in the capital, Manila, and other cities were arrested recently after investigators from Interpol, the U.S. Homeland Security Department and other police agencies traced online chats from some of the victims' computers, said Philippine National Police chief Allan Purisima.

Purisima said the syndicate would secretly record the victims after tricking them into exposing their bodies or having cybersex, and later threaten to send the video to their relatives and friends unless they paid, usually from $500 to $2,000.

He said members of the "sextortion" group would create fake Facebook accounts of fictitious young and attractive women and entice and lure victims with pornographic materials after striking up online chats with them.

In one case, a victim paid the equivalent of $15,000, he said, adding that the victims were of various ages.

Sanjay Virmani, director the Interpol Digital Crime Center based in Singapore, said the victims were from the Asia, Europe and the United States. He said that the extortionist had been tracked down using evidence from computers and intelligence information from police.

Warning those still engaged in cyber-extortion in the Philippines and elsewhere in the world, Virmani said: "You better be prepared for the consequences of your actions because as you can see we have made a commitment to work together. You will be caught and you will be held accountable for your actions."

Scotland's police officer Gary Cunningham said he was representing the 17-year-old boy's family in tracking down those responsible for leading for his death last year. He said the family was "extremely supportive in bringing to justice to individuals out there who have fallen victims to these crimes."

Senior Superintendent Gilbert Sosa, chief of the Philippine National Police Anti-Cybercrime Group, said he could not specify the amounts extorted from the victims but said they ran into millions of pesos, or tens of thousands of dollars.

"This is not an issue directly involving the Philippines exclusively," British Ambassador to Manila Asif Ahmad said. "Cybercrime is international, and is an international problem, it respects no nationality or borders. We are all potential victims of cybercrime, none of us are immune."