Internet will run out of IP addresses by Friday 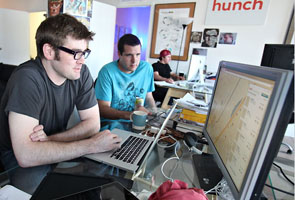 Highlights
The internet will run out of numerical IP (Internet Protocol) addresses by Friday. But the web will not ground to a halt. A new system, Internet Protocol version 6 or IPv6 will replace version 4.

Every device connected to the net is assigned a number. But with millions of web enabled phones now online, the numbers are running out.

The system, set up in the 1980s with a maximum of 4.1 billion addresses, was supposed to never run out. The original creators of the web initially thought it would be used only for academic purposes.

IP addresses act as phone numbers to ensure that surfers reach websites and e-mails and find their destination, the Daily Mail reports.

The authority that governs such addresses will distribute the last batches Thursday.

"It will just be 'business as usual' if everyone gets their job done," said John Curran, chief executive of the American Registry for Internet Numbers, one of five regional groups that dole out such addresses. They cover the US, Canada and the Caribbean.
Comments