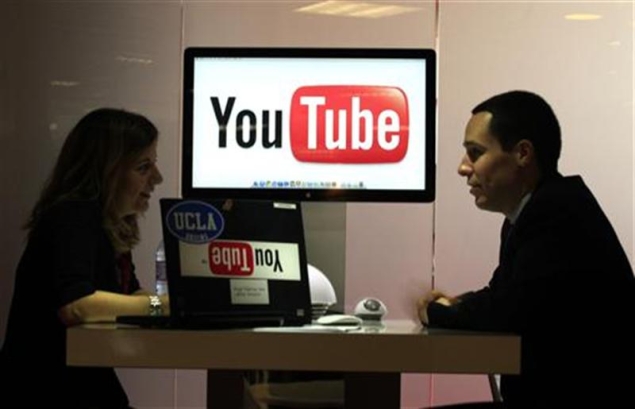 Internet video ads, long a sideshow in the online advertising market, are gaining in importance to marketers and Web publishers as they look to capitalize on consumers' changing viewing habits and tap a $70 billion television market.

The ever-expanding array of gadgets that display online video, from tablets to Internet-connected TVs and DVD players, along with technology such as social media that facilitates distribution, has spurred new interest.

The growing trend means websites like Google Inc's YouTube, Yahoo, AOL and Hulu have a better shot at tapping the mother lode of television advertising budgets, though video ads have a long way to go before they become as dominant a part of the marketing landscape as TV ads.

Google does not break out financial results for its YouTube business, but Chief Business Officer Nikesh Arora said on Tuesday that spending among YouTube's top 100 advertisers increased by more than 50 percent in 2012 compared with the year before.

There have been media reports that Facebook is developing a video ad service, and analysts will likely be looking for answers on that avenue when the social networking giant delivers its quarterly results on Wednesday.

At Yahoo, "one of our highest priorities was to create more online video experiences, because that's where the demand is for advertising," said Tim Morse, the former Yahoo finance chief who became CFO of video advertising technology company Adap.TV this month.

Advertisers are increasingly fond of video ads, Morse said, because of the similarities to TV.

"It's the closest to what they've had offline. They're looking for the same kind of medium where they can connect with consumers," he told Reuters.

Turning point
Chevrolet has been running online video ads for several years, but significantly ramped up its activities and investment in 2012, said Carolin Probst-Iyer, the manager of digital consumer engagement for the General Motors division.

"Last year was a bit of a turning point," she said, as Chevrolet put greater emphasis on creating original video ads and looking for new ways to distribute spots, rather than simply running existing TV ads on YouTube and TV network websites.

One recent ad for the buzz-worthy new Corvette Stingray was viewed more times on mobile devices than it was on PCs, she said.

"All of the Internet advertising to date has come from print sources," such as newspapers, magazines and yellow pages, said RBC Capital Markets analyst Mark Mahaney.

"We're are at a point where television ad budgets are likely to come online."

The explosion of new screens such as smartphones and tablets greatly increases the venues where consumers can watch video, whether they're at their desks or on a bus. And social networking, which makes it easy for users to share favorite videos, has given marketers added incentive to produce video ads that can gain additional exposure by tapping into the social slipstream.

YouTube's head of industry development, Suzie Reider, said marketers are increasingly developing ads that are tailored for specific audiences, making it more likely that Web surfers will actually watch them.

To make its website more appealing to advertisers, YouTube has helped create hundreds of "premium channels" featuring professionally produced video as opposed to the amateur clips YouTube is famous for. And it's developed a type of video ad that users can skip after five seconds - advertisers only pay if the ad is watched all the way through.

Price deflation?
Despite the growth in Web video ad spending, which eMarketer estimates reached $2.93 billion in the United States last year, the firm said the spending still represents only about 10 percent of the broader online advertising market.

And that is a mere drop in the bucket compared with the $68 billion that Kantar Media estimates was spent on television advertising in 2011.

One potential constraint is the way big brands and agencies organize their marketing budgets, says Pivotal Research Group analyst Brian Wieser. Online video ads are typically funded from Web ad budgets rather than a much larger pool set aside for TV.

Analysts also note that the rich rates websites collect for video ads will decrease as more Internet sites open to ads - something that's already happening thanks to technology that automatically pairs ads with videos on websites.

Still, many analysts and industry executives are optimistic about what they see as the bigger picture.