Radio Ukraine presents news of Ukraine and the Czech Republic together with information for refugees every 15 minutes. 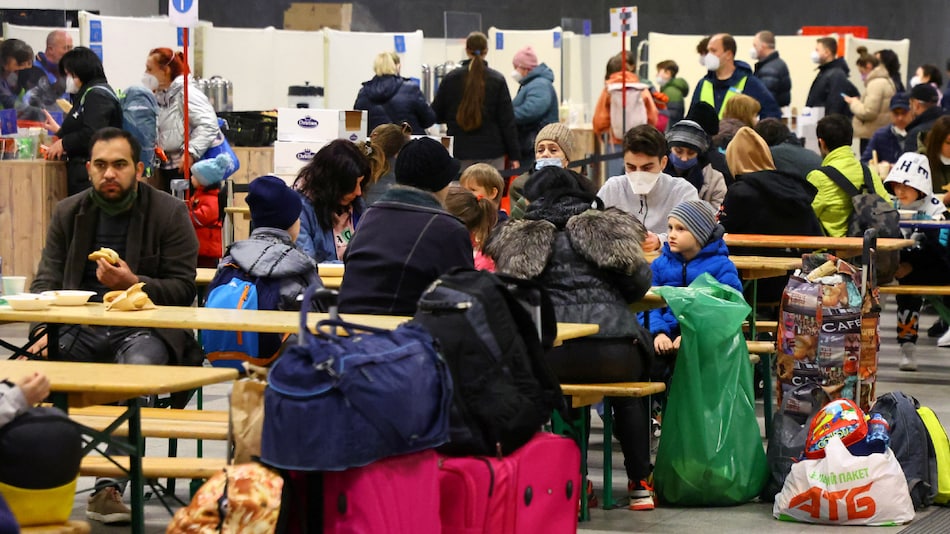 A new Prague-based internet radio station has started to broadcast news, information and music tailored to the day-to-day concerns of some 300,000 refugees who have arrived in the Czech Republic since Russia launched its military assault against Ukraine.

In a studio at the heart of the Czech capital, radio veterans work together with absolute beginners to provide the refugees with what they need to know to settle as smoothly as possible in a new country.

The staff of 10 combines people who have fled Ukraine in recent weeks with those who have been living abroad for years. No matter who they are, their common goal is to help fellow Ukrainians and their homeland facing the brutal Russian invasion.

Natalia Churikova, an experienced journalist with Prague-based Radio Free Europe/Radio Liberty said she couldn't say no to an offer to become the broadcaster's editor-in-chief.

“It was for my people, for people who really needed help, who really needed support, something that would help them start a new live or restart their lives here after they have lived through very bad things trying to escape from Ukraine,” Churikova said.

Staffer Sofia Tatomyr is one of those who left to escape the war. The 22-year-old from the western town of Kalush was making plans to move to another city in Ukraine when a friend called one morning: “Sofia, the war has just begun.”

Her parents and older brother opted to stay home, but they wanted her to join her aunt in Prague.

“It happened all of a sudden,” she said. She boarded a bus alone in Cherniutsi and arrived 28 hours later in the Czech capital, a city she'd never visited.

“When I was already abroad, I remember the moment that I was crying and I was trying to buy a ticket and I couldn't spell what ticket I need. It was really difficult,” she said.

Tatomyr worked as graphic designer and singer in Ukraine after getting a degree as a publisher and media editor. Radio broadcasting was part of her courses at the university. To her surprise, her aunt's brother found an announcement about jobs for a new Ukrainian radio station.

She said she needed “some time to understand that not everybody can be at the frontline at the war and everybody has to do what he or she can do the best."

Safe in Prague, she was still trying to come to terms with the invasion of her homeland.

“It's horrible,” she said. “I can't still find any logical explanation for what they're doing and why they're doing it. In the 21st century, a war? Why? We were a peaceful nation living just our lives.”

Another announcer, Marharyta Golobrodska, was working as a copywriter for a software company when she received a call from Churikova, whom she knew from an internship at Radio Free Europe.

“I used to consider those who get up early to be ready to work from 6am crazy, but that's what I do now and I thoroughly enjoy it,” Golobrodska said. “That's what I always wanted to do, to be helpful for my country, even though I live so far away.”

For 12 hours each weekday — and 11 hours on weekends — Radio Ukraine plays Ukrainian and western music while presenting news of Ukraine and the Czech Republic together with information for refugees every 15 minutes. It includes details about where they can get the documents they need from local authorities, how to get a job or medical treatment, or how to find a place for children at schools. Children can listen to Ukrainian fairy tales.

A native of the southern city of Mykolaiv, Golobrodska has lived in the Czech Republic for eight-and-a-half years. After the invasion, she travelled to western Ukraine to meet her mother and 9-year-old sister and drive them to safety. In Prague, she got them involved in her broadcast.

“My mum, for example, told me she'd like to hear what she's not supposed to do here. For example, that she can't park the car anywhere she wants to like in Ukraine,” she said.

Bohemia Media, which operates several radio stations in the Czech Republic, came up with the idea to launch the station. It provided a studio and its people cooperated with the Ukrainian embassy, the local Ukrainian community and others to make it reality in three weeks. It also covers the salaries.

Lukas Nadvornik, the owner of the Mediapark, a company that represents Bohemia Media, said the plan is for the station to remain on air as long as it's needed. The key task for now is to let know as many potential listeners as possible about its existence.

One of them is Sophia Medvedeva. The 23-year old web designer couldn't hold back tears as she talked about the recent six-day drive with her mother and younger brother from Mykolaiv to Krakow, Poland.

But in Prague, she joined her fiancé and Radio Ukraine helped her adapt to a new life. “I'm so amazed about the chance to listen to Ukrainian music when I'm not in my homeland. I feel that I'm not alone,” she said. Her only recommendation for it is to invite a psychologist to “advise the Ukrainian refugees about how to fight the survivor syndrome and how to fight depression.”