Internet Archive Sued by Publishers Over Scanning of Books

In March, the Internet Archive announced it had established a “National Emergency Library". 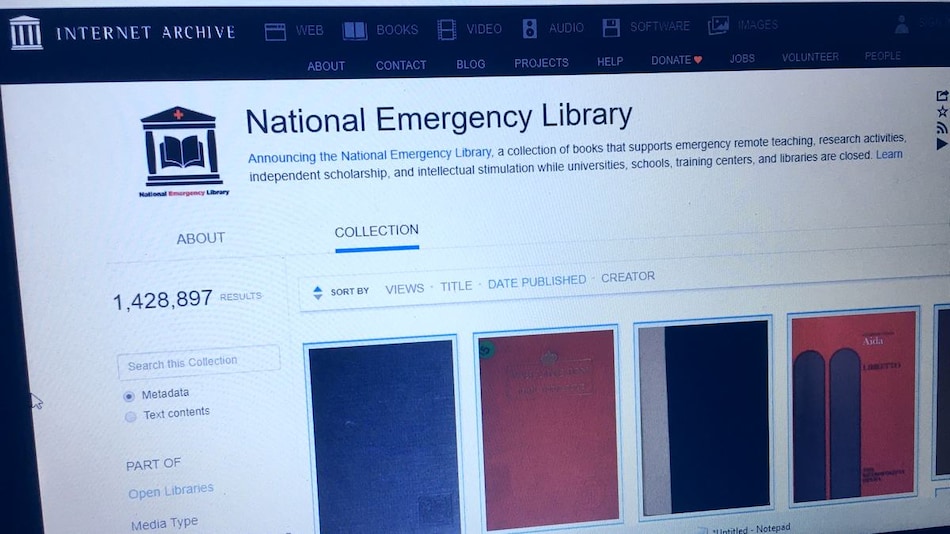 Over the past 30 years, publishers have battled Google, Amazon, and others over digital content

Four of United States' biggest publishers have sued a digital library for copyright infringement, alleging that the Internet Archive has illegally offered more than a million scanned works to the public, including such favorites as Toni Morrison's “Song of Solomon,” Malcolm Gladwell's “Blink” and Cormac McCarthy's “The Road."

“Without any license or any payment to authors or publishers, Internet Archive scans print books, uploads these illegally scanned books to its servers, and distributes verbatim digital copies of the books in whole via public-facing websites,” according to papers filed Monday in federal court Monday in New York. “With just a few clicks, any Internet-connected user can download complete digital copies of in-copyright books.”

In March, the Internet Archive announced it had established a “National Emergency Library" in response to the coronavirus outbreak that had shut down most of the country's schools and libraries. According to the Archive, the emergency library would support “remote teaching, research activities, independent scholarship, and intellectual stimulation" with free digital materials.

“We hope that authors will support our effort to ensure temporary access to their work in this time of crisis,” according to a statement on the archive's website. The emergency library is scheduled to last at least through the end of June. The archive also provides free access to more than 1 million older, public domain books that are not bound by copyright law.

Founded in 1996 and based in San Francisco, the Archive has defended its recent actions by saying that it operates like a traditional lending library, a non-profit entity providing free books. The publishers have contended that the archive does not work like a traditional library in part because it offers scans of paper books without reaching licensing deals with copyright holders. The Archive has said it acquires paperback and hardcover books through purchases and donations and then scans them.

“As a library, the Internet Archive acquires books and lends them, as libraries have always done,” he wrote in an email to The Associated Press. “This supports publishing and authors and readers. Publishers suing libraries for lending books, in this case, protected digitised versions, and while schools and libraries are closed, is not in anyone's interest. We hope this can be resolved quickly.”

The plaintiffs, who include Penguin Random House, Hachette Book Group, HarperCollins, and Wiley, are seeking a permanent injunction against the library and an undetermined amount of money for damages. Court papers refer to page views on the archive site, more than 50,000 alone in New York state, but not to how many books were actually borrowed.

“There is nothing in the copyright law which authorises the mass copying of and distribution of 1.3 million scanned books to the public, regardless of whether those copies are downloaded by one person or millions,” Maria Pallante, president and CEO of the trade group the Association of American Publishers, said in an interview.

Monday's legal action continues a long battle between the traditional publishing community, for which copyrights are an underpinning of its business, and the internet community, which has advocated making as much material as possible available for free. Authors and publishers condemned the March launch of the emergency library, but historian Jill Lepore praised it, writing in a New Yorker essay that “If the books you need aren't in any bookstore, and, especially, if you are one of the currently more than one billion students and teachers shut out of your classroom, please: sign up, log on, and borrow!”

Over the past 30 years, publishers have battled Google, Amazon, and others over digital content. In 2019, several publishers sued the Amazon-owned Audible over a planned audiobook program for schools that included captions the plaintiffs alleged violated copyright law. The case was settled earlier this year and Audible has said it would seek permission from copyright holders before using captions.