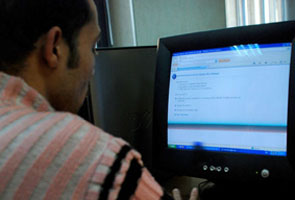 The Indian government Tuesday formed a coordination committee to give a push to the decision to set up a National Optic Fibre Network (NOFN) to provide broadband connectivity to over two lakh gram panchayats at a cost of Rs.20,000 crore ($4 billion).

The committee, with Telecom Secretary R. Chandrasekar as the chairman, will assess the requirement of various ministries and departments of the central government for a pan-Indian network to offer government-to-citizen (G2C) services down to the panchayat level, according to a release from the Prime Minister's Office (PMO) here.

The committee will have secretaries of information technology, health and family welfare, school education and literacy, higher education, food and public distribution, panchayati raj, rural development and chairmen of BBNL and Bharat Sanchar Nigam Limited as members, and the administrator of United States Obligation Fund as the convenor.

The panel was set up after a meeting at the PMO to ensure that the backbone facility that is being created for NOFN be fully utilised and the network enables the government to roll out e-services and e-applications nationally.

The cabinet had last October given its nod for the NOFN, which is being rolled out by the Bharat Broadband Network Limited (BBNL), specifically created for the implementing the project.

BBNL will be laying the incremental cable from wherever it exists today, usually at the block level, to the gram panchayat level. This will involve laying about 5 lakh kilometers of optical fibre.

It will also evolve a framework to facilitate the design of pan-India and pan-state network through BBNL; and enable ministries and departments of central and state governments and their public sector undertakings to offer their services on NOFN.

It is expected that by the time the optical fibre network is rolled out, ministries both at the central as well as the state level will be ready with applications to be rolled out on the network, the release added.
Comments