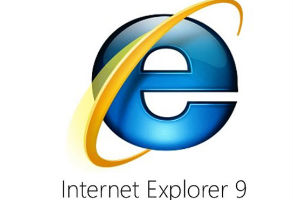 Microsoft claims that there latest web browsing software has already been downloaded 2.3 million times. Clearly Redmond does not believe in modesty and who can blame them after the amount of bad publicity this particular software has brought upon them. In the 2000's Internet Explorer's market share fell drastically as users stated adopting Mozilla Firefox, as Internet Explorer was plagued with security issues.

2.3 million downloads is not bad for a software that does not run on Mac OSX, Linux and even the most popular operating system in world, Windows XP.
While this may not be a world record as Mozilla Firefox was downloaded 8 million times (in a day) in 2008, the figure sure is impressive.

Ever since its beta releases Internet Explorer 9 has been gathering a lot of critical acclaim with its support for technologies such as HTML5. Even its stripped down interface has been widely appreciated. Finally Microsoft has realized that taking a leaf out of Google's approach is not a bad thing.

The interface is so clean that it is currently providing the largest screen real estate for consumption of the web. Already it has been touted as the best version of Internet Explorer and many believe it to be the best web browser available in the market. With a new version of Mozilla Firefox coming on the 22nd of this month and Chrome 11 in pipeline it will be interesting to see how the browser war pan out. In the meantime Microsoft can bask in the glory of 2.3 million downloads.