Cricket World Cup 2019 will be aired all of June, and the final match will be held on July 4. 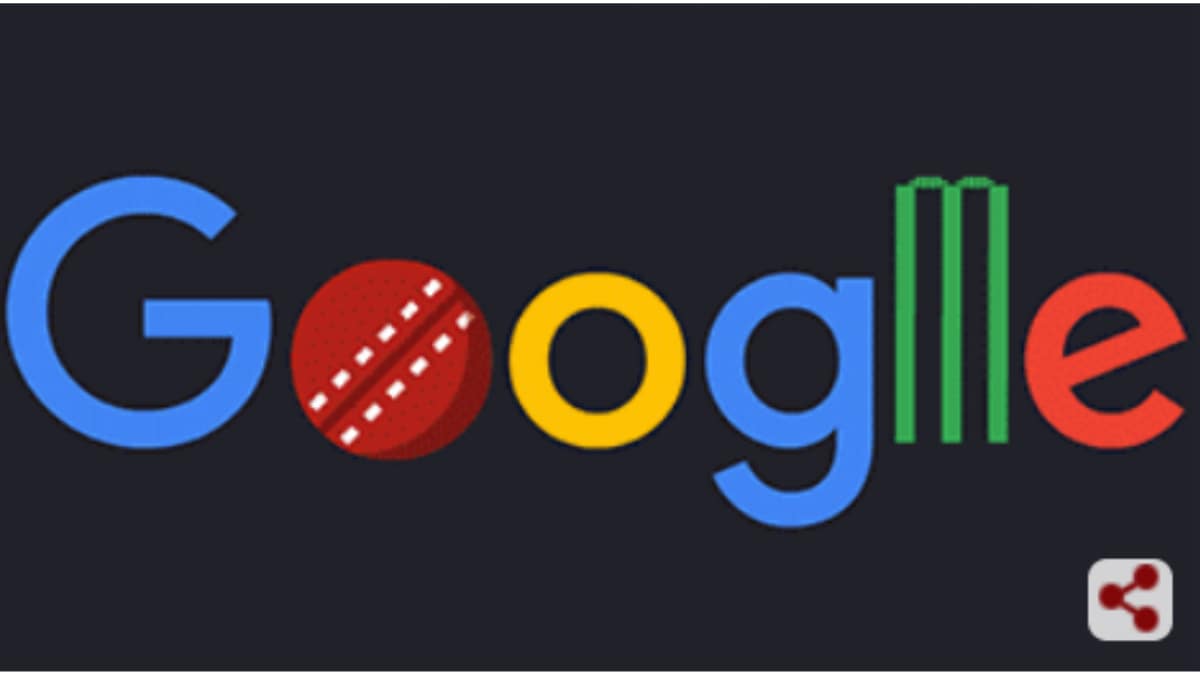 Cricket World Cup 2019 is starting today in London, and Google has dedicated a Google Doodle to the event on its search homepage. The creative Google Doodle has a quirky animation to it as well, and it marks the beginning of the biggest sporting event of 2019. The 2019 ICC Cricket World Cup will see its first match (England vs South Africa) held at 3pm IST on Thursday, May 30, and it will go on all of June, with the final match held on July 4.

The Cricket World Cup 2019 Google Doodle sports a black background and the letters ‘O' and ‘L' are replaced with a cricket ball and stumps respectively. A bowler is then seen bowling the ball to the batsmen, and once the ball is hit, a fielder catches the ball. This little animation tries to show the game antics, a tribute to the start of the Cricket World Cup 2019.

Day 2 of the 2019 ICC Cricket World Cup will see Pakistan face off against West Indies at 3pm IST, with Day 3 (June 1) seeing the New Zealand vs Sri Lanka match start at the same time, followed by Afghanistan vs Australia at 6pm IST. Day 4 (June 2) will have Bangladesh vs South Africa starting at 3pm IST.

There's an option to share the Cricket World Cup 2019 Google Doodle as well, and the button sits at the bottom right of the doodle. Clicking on the share icon will allow users to share the doodle link of Facebook, Twitter, or even via email. It also allows you to copy a unique link that can be shared on any other platform as well.

Ahead of the 2019 ICC Cricket World Cup England vs South Africa match on Thursday, South Africa captain Faf du Plessis tried to ease the pressure on his team on the eve of the World Cup by insisting they did not have to play like "Superman" to enjoy success at the tournament. South Africa have won only one of seven World Cup knockout matches, against Sri Lanka in the quarter-finals in 2015, since making their tournament debut in 1992.

On the other side, England captain Eoin Morgan Wednesday insisted his team will not crumble under the pressure of being favourites ahead of their 2019 ICC Cricket World Cup opener against South Africa. Ranked first in ODI cricket, England have won 15 of their 19 series since going out in the pool stages of the 2015 edition. "We have spoken about it as a group, the level of expectation and the favourites tag is there for a reason," he said on the eve of the tournament opener. "Over the last two years, particularly at home, we have been outstanding and that is the reason it is there," Morgan added.